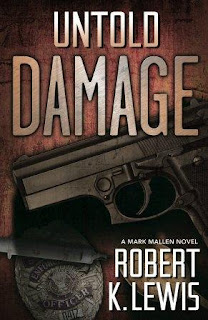 Blurb:
Estranged from his wife and daughter, former undercover cop Mark Mallen has spent the last four years in a haze of heroin. When his best friend from the academy, Eric Russ, is murdered, an address found in his pocket points to Mallen as the prime suspect.
As the police turn up the heat and Russ’s survivors ask him to come up with some answers, Mallen sets out to serve justice to the real killer. But first, he’ll have to get clean and face the low-life thugs who want him dead. Surviving drive-by shootings and beat downs, Mallen discovers the motives behind a string of vengeful murders. But turning a life around is hard work for a junkie. Bruised, alone, and written off by nearly everyone, can Mallen keep clean and work his way back into his daughter’s life? 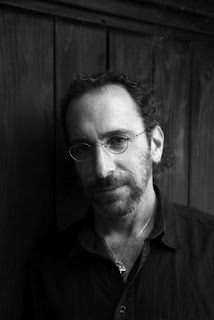 Robert K. Lewis (Bay Area, CA) has been a painter, print maker, and a produced screenwriter. He lives with his wife, his guitars, and a trio of moody ghosts. Untold Damage is his first novel.
Find out more about Robert at his website.  You can also follow him on his blog, Twitter, and Facebook.


My Thoughts:
I really enjoyed how brutally honest this book was. Mallen's past is not sugar coated or glossed over, you see him at his worst. His absolute worst. His life has gone down the drain and he's spent about 4 years with a needle in his arm. He doesn't know he WANTS to get clean and be who he used to be. This was my favorite part of this book. The character study of Mallen really drives this novel. Start to finish, I wanted him to get better and get the bad guy! I wanted things to finally work out for him.

I honestly don't think I've had such a connection to a fictional character before!

The story glides by rather quickly and kept me wide eyed and flipping pages. I really think this is a great start to a intriguing series.  I can't wait to see more!