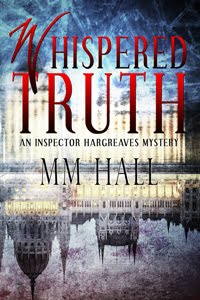 In 1911, England hovers on the cusp of change. A new king waits to be crowned. Women and the poor are fighting for their rights. Political turmoil rages throughout Europe. And a promising young artist lies dead in the heart of London.


Just another tragic death in a city filled with untimely demises. Or so thinks Hargreaves, the gifted, but troubled, Detective Inspector called in to investigate. Haunted by the tragedy of his own past, he is unprepared for the onslaught of long-buried memories and powerful emotions the case brings. Making his task even more difficult is the troubling presence of Daisy Cartwright, a wealthy widow closely connected to the victim, and a woman he feels inexplicably drawn to.


Untangling the tightly woven threads connecting the victim and the suspects, Hargreaves soon reaches a conclusion, only to have that theory shattered by the revelation that everything he has been led to believe is a lie. Groping through the silence and secrets, he uncovers a cold-blooded killer, and a connection to his own past that leaves him reeling. 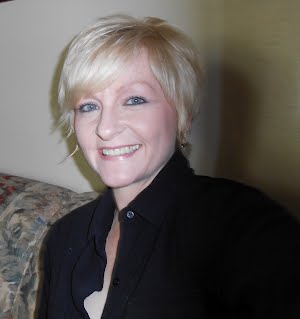 M M Hall is the author of Whispered Truth, the first novel in the Inspector Hargreaves series. She also writes as Molly M Hall, and is the author ofReckoning, the first installment in the Dark Prophecy series. She currently lives just outside of Denver where she's at work on her next novel.
She pursued a degree in English Literature at Columbia College and worked in the corporate world for several years before turning to writing full time.
When not reading or writing she can be found listening to music, playing piano, exercising, working on her very inadequate French, or looking for inspiring landscapes to photograph.

10 Things Readers Would Be Surprised To Know About Me


1. I don’t drink coffee. It literally makes me sick.
2. I like snakes and reptiles. They're fascinating.
3. I like to visit cemeteries. It's a phenomenal lesson in history and humility.
4. I lived for several months at an elevation of 10,152 feet. It was cold. Really cold.
5. I can read upside down. And that doesn't mean standing on my head.
6. I own close to 2,000 books. I stopped counting after 1,000.
7. I can move my ears without touching them. Really.
8. I've lived in Colorado most of my life, but have never gone skiing or snowboarding. A fan of snow? Not so much.
9. I play classical piano and flute. The flute's a little rusty.
10. I have two tattoos. But I'm not going to tell you where.