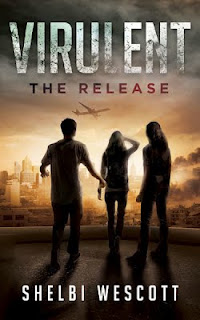 Lucy King is only an hour away from embarking on the most incredible vacation of her
life: White sandy beaches in a tropical paradise, snorkeling and sunbathing in peaceful
tranquility. But as Lucy looks forward to her trip, a sinister plot is unfolding that will
demolish the world as she knows it. An unknown bioterrorist group unleashes a virus
that virtually wipes out the earth’s population—leaving Lucy, and a small faction of
survivors, trapped inside her high school to wait out the apocalypse.

War, looting, and death wreak havoc outside of her high school; but inside, the students
must contend with a tyrannical and paranoid principal and their own struggles of being
orphaned, frightened, and unsure of what the future will bring.

What begins as a basic fight for survival turns into a search for answers that will
challenge everything Lucy has ever known about her life and her family. 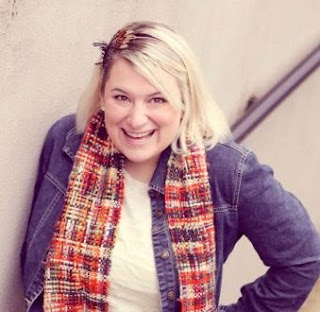 About the Writer:
Shelbi Wescott is a high school Language Arts and Creative Writing
teacher, a mother of two, a television junky, and a board game
connoisseur. Her first book, "Virulent: The Release" was born from a
challenge issued by her students to write a book that would interest
them. When she isn't writing or teaching, Shelbi can be found throwing
unnecessarily elaborate birthday parties and officiating weddings. She
is a fan of: Spanx, bourbon, Powell’s Books, and tabloid magazines.
Shelbi lives in Portland, Oregon with her husband (a local sports
editor) and her two sons, Elliott and Ike.

First off, I love love love stories about the end of the world. I love stories about real people being thrown into unreal situations and forced to deal. I LOVE killer virus stories. Second, I love (obviously) when this is done correctly! Virulent was done SUPERBLY! The characters are normal kids that are tossed into an extremely stressful situation and forced to survive. Their world is being destroyed by a virus. They are forced to watch their friends and family succumb to the plague.

Lucy, Salem and Grant find themselves hidden away in their school. They survive by sticking together and barely escape the school and their principal, with their lives.

Right off the bat, I liked Lucy. She's the kind of girl you'd like to have as a friend. She's the kind of person you just know has it all together. Salem is a bit more flighty. She's gossipy and a bit too perky. She eventually grew on me and I became really fond of her. Grant, well he took a while to warm up to, but he earned the respect he got. He's got so much hidden, it'll be great to find out more of him.

There is so much going on in this book but not ONCE does it feel hurried. I wanted to keep reading, I wanted to find out more, and I needed to! This book does not quit. It's definitely  a winner!