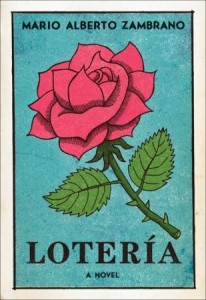 • Hardcover: 288 pages
• Publisher: Harper (July 2, 2013)
Prepare to be enthralled by this lyrical, achingly human debut novel about a young girl’s remarkable resilience in the face of loss. Struggling to cope as her family falls apart, eleven-year-old Luz María Castillo retreats into her beloved set of Lotería cards—a Mexican game featuring riddles and vibrant images. Each card represents a different memory, and as Luz shuffles through the deck, she weaves her recollections into a compelling story of love, loyalty, tragedy, and hope.
By turns affecting and inspiring, Lotería is a powerful novel that heralds the arrival of an outstanding new writer, one who reminds us of the importance of remembering, even when we are trying to forget.

Mario Alberto Zambrano was a Riggio Honors Fellow at the New School and recently completed his MFA at the Iowa Writers’ Workshop as an Iowa Arts Fellow. He is a recipient of the John C. Schupes Fellowship for Excellence in Fiction. Lotería is his first novel.

This little book packed a major punch! This isn't a happy go lucky story, but it is so very beautiful in a haunting way.  Poor Luz's situation is not a happy one. Her family is basically torn apart by poverty, crime, and health issues. She's placed into the custody of social services. She has stopped speaking, and the only outlet for her story is her journal.

Luz (and the title) gets her inspiration on what to write by shuffling through a deack of Loteria cards. She uses each one to help her tell her story. I thought this was a very unique concept and loved the way the cards wove together to help the reader understand what was going on with Luz.

There were a few negatives. I'm not a Spanish speaker, and my knowledge of the language is very slim. Some phrases I was able to understand while others I had to piece together. This wasn't a horrible thing (I Learned a few phrases!) but it might turn off some readers. Another negative aspect was that there were still some unanswered questions. I was left still curious about a few things. I won't go into details so as not to spoil.

All in all this was a great book. It definitely will leave an impression and stay with you for a while. 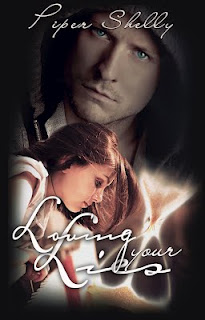 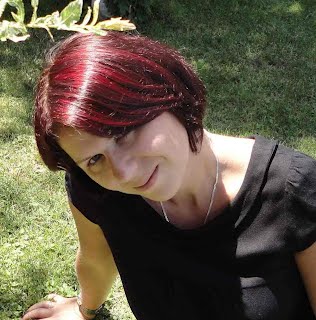 In a world governed by the opposing forces of the mystical House of Tarot and the tribal Great Families, Synn is caught in the crossfire.  He witnesses the slaughter of innocent people, and the devastating murder of his father. This act awakens his Mark of power, a Mark greater than any the world has seen in a very long time.
Queen Nix thought she won a great prize when she destroyed Synn’s father, the leader of the strongest Great Families. She had no idea she’d be doubly blessed by capturing his son. However, before Synn can become her treasured weapon, before she can use him to bring the rest of the world to its knees, she must break him and bind his soul to hers.
She does her job with brutal brilliance. Synn’s mind is broken and his soul is seared to hers in an unbreakable bond.
That doesn’t stop him from wanting to be free. She may have broken his mind and claimed his soul, but he will find a way to destroy her.
Experience a world of ships that sail the clouds and cites buried beneath the ocean, and survive the fiery battle brought forth by those who control the forces of nature!

Holy Heck, this book! I was not expecting to start reading and look up and an hour has gone by! This is a fast paced, edge of you seat adventure! I totally could see this being made into an EPIC movie! I'd be first in line! This has everything my little heart could want. Adventure, steampunk, crazy evil hot ladies that wanna take over the world, and a very interesting protagonist and plot..I can't forget the plot!

There is so much going on in this book, but it never feels too heavy handed. There's lots of back story given out, but it's woven into the present enough that you don't feel like you are trudging through a whole slew of info dump. I really hate the info dump technique, so this is a BIG plus for me. S.M. Blooding did a great job in making sure we understood the world, but without the looooooooonnnnnggggg drawn out history lesson that books like this sometimes give out.

I loved Synn and I cannot wait to see how his character grows in the next installements and I cannot CANNOT wait to know more about Nix! She's quite a fun gal *snicker*


This is gonna be a great series!


The crowd several stories below us in the metal and green courtyard fidgeted as they watched the queens high above them and the pyre setting center stage.
Nix walked to the front of the balcony and raised her black gloved hands. “Gentle people of Sky City!”
Silence filled the air.
The guards pushed me to my knees beside her.
Her voice soared, bouncing from the smooth metal buildings that surrounded the courtyard, amplifying her words. “We have before us a grave situation. People from our city have rebelled against us, speaking words that endanger the well-being of the Hands.”
The people stirred.
The Queen of Coins sat up straight in her chair, brushing her rumpled dress.
“We have done everything in our power to protect you, to keep you safe, to allow you the freedom of discovering new and wild technologies. We kept you alive, offered you a new life.”
Two individuals were pushed through the crowd toward the pyre.
The crowd stayed as far away from them as they could.
Nix’s expression relaxed, a gleam of cunning victory in her eye.
My heart raced. “What are you doing?” I asked quietly. “They said words? And for that you’re going to burn them?”
She turned to me, cupping my chin where I knelt at her feet. “You will learn, Synn Primus.”
I clenched my jaw and pulled my chin out of her grasp.
My arms were twisted behind me as the men behind me forced me to my feet.
I let out a roar, trying to shake them off.
“Look what I have brought you today, people of Sky City. The greatest, most powerful Mark we’ve ever seen.” She ripped my shirt from my body, baring my Mark to any who could see.
A gasp echoed through the crowd.
“He does not yet understand why he should follow, why he should obey.”
What was she doing? Dread filled my chest.
“He fought me to protect a handful of Umira children. Umira,” she scoffed, raising her hand, her eyes gleaming as she watched me.
The Umira children were brought out to the square.
Fear fluttered through the crowd.
“Don’t do this!” I watched in incredulous horror. What kind of monster was she? Who could do this? “They’re innocent!”
“Now, yes, but they are pawns, Synn.” She turned to me. “Submit and I will save them.”