Blog Tour: A Glimpse of Her Soul 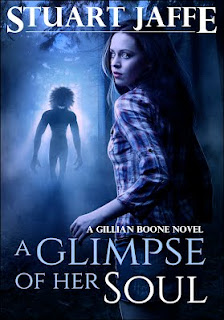 When 16-year-old Gillian Boone discovers that a secret message has been etched into her soul,
her world of normal teenage life is destroyed. Now, bizarre monstrosities try to kill her so they
can read this message as her soul departs, hoping its information will guide them back to the
world they came from.


Though she has the aid of her father and some new friends, there is only one who has the real
power to help. A rogue monster named Jackhammer Jack. But he might want her secret, too,
even as he helps her evade the clutches of those pursuing her.


With threats surrounding her, Gillian will have to lead her allies in a struggle for survival - a
struggle all the more treacherous when her allies are just as dangerous as her enemies.


Filled with action, excitement, magic, a touch of romance, and mystery, A Glimpse of Her Soul is
a pulse-pounding ride you're sure to enjoy. 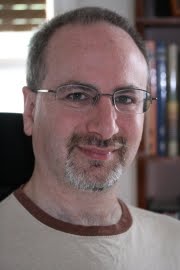 Stuart Jaffe is the author of The Max Porter Paranormal-Mysteries, The Malja Chronicles, The Bluesman series, and much more. His short stories have appeared in numerous magazines and anthologies. He is the co-host of The Eclectic Review - a weekly podcast about science, art, and well, everything. For those who keep count, the latest animal listing is as follows: one dog, four cats, one albino corn snake, one Brazilian black tarantula, three aquatic turtles, one lop-eared rabbit, twenty chickens, and a horse. Thankfully, the chickens and the horse do not live inside the house.

Wow! What a fun book! I really enjoy unpredictable, unusual books like this! I really enjoyed this story! It's got a lot of cool elements that I've not seen in YA Horror/Fantasy before! Gillian is a unique character and the idea that her soul has a secret message, is just ..well neat!

I liked this book. It had it's moments where it got slow, but those were few and far between and honestly made the story a bit more stronger..if that makes sense? The brief respites from the action made the plot simmer and develop more depth!

Email ThisBlogThis!Share to TwitterShare to FacebookShare to Pinterest
Labels: a glimpse of her soul, rabt, review