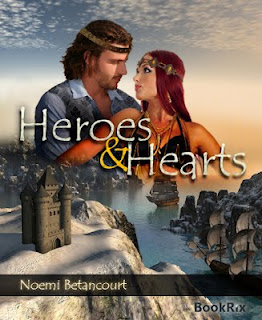 Isabel Kendra prides herself on being a strong independent woman.  She doesn’t fawn over men, doesn’t swoon and would rather take care of things herself than ask for help.  She has no use for heroes.  So when a dark stranger tells her of a kidnapped child who needs her help she approaches the situation in her usual practical manner.  Of course, with coming across her long lost father and gods and sorceresses who are constantly trying to kill her, Isabel soon realizes she’s out of her element.  Enter the dashing Prince Alaric for whom rescuing the damsel in distress is second nature, only this time the damsel doesn’t want to be rescued!
Together the two must thwart the evil forces that threaten their lives and their worlds while struggling against their own blistering attraction for each other. Can Isabel balance her aversion to the prince’s habit of coming to her rescue with the realization that sometimes it is all right to accept help from a man? Can Alaric handle himself around a woman capable of rescuing herself and learn to be simply the man who loves her? 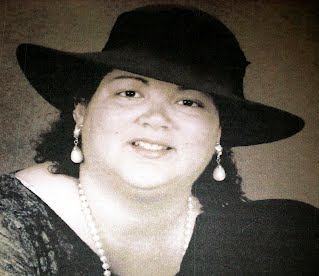 Noemi Betancourt has been a lifelong fan of Fantasy, ever since her father introduced her to the works
of Tolkien, Baum, and C.S. Lewis as a child. An avid reader, she has since developed her writing style
over the years, and after becoming enamored with the Romance genre, Noemi began to blend a guilty
pleasure with an old love. Her first novelette, Heroes and Hearts, is the first of many books and stories in
which she interlaces the Fantasy and Romance genres.

Noemi lives in a seaside bungalow on Florida’s Sun Coast, indulging in her other passions: cooking, caring
for her gallant husband (a disabled vet from the British Isles), and the three fur-babies who rescued
them.

Top 10 Favorite Books/Series and Why
(in no particular order)

The Elenium by David Eddings
This was one of the first series I’ve read by David Eddings and my first series not written by Tolkien, Lewis, or Baum and I simply adored it. The world was intricate enough to satisfy my need to be embraced by the story I was reading. Sparhawk was rugged and tough and got the job done while his devotion to his queen warmed my adolescent heart. Their adventures continue in The Tamuli series and the only reason I don’t give The Tamuli its own number is because I honestly believe one series should not be read without the other.

My Life in France by Julia Child
One of my greatest passions in life is cooking. I’m a major foodie and the movie Julie and Julia, which I loved, made me run out and by this book. I have to say it was WAY more interesting than the movie and I would have preferred they based the entire movie on it with much less Julie, if any. Julia Child was a fantastic, strong willed woman whose desire for more in life made her into the culinary and cultural icon we know and love today. This book chronicles her time before, during and after the creation of her famous cookbooks including the start of her show on PBS. I think every foodie and chef should own this book!

Wicked by Gregory Maguire
I used to joke with my husband and friends that I never trusted the overly happy old chick in pink flying around in the bubble and this book confirms my suspicions! It gives an alternate account of the famous Oz stories from the perspective of Elphaba, the Wicked Witch of the West, her upbringing, life and loves, and eventual murder. Wicked is the first of four books, which personally I didn’t like as much but if you’re an Oz enthusiast like me you should probably give the whole series a read.

The Bride Bed by Linda Needham
This was the book that convinced me to continue reading romance novels. The characters were compelling and no more clueless than was necessary to move the plot along. The love scenes were fantastic and the book itself was a nice light read.

Starring Sally J. Freedman As Herself by Judy Blume
I adore Judy Blume! I grew up on Are You There God, It’s Me Margaret?, Forever, and Wifey but honestly I think Sally is my favorite character and book. It showcases a young Jewish girl who moves from NJ to Florida after WWII and talks about racism, love, marriage, illness and death. Oh yeah, and Sally’s convinced her next door neighbor is Hitler and spends most of the book fantasizing about how she calls him out, tricks him and kills him. It’s a fantastic book I can read again and again!

Oliver Twist by Charles Dickens
This story has resonated with me my entire life. I have seen every rendition in movies, on stage and TV, and it was one of the first books I ever owned as a kid. I’m always in awe of the horrendous living conditions people dealt with in Victorian times and appalled by the cold and heartless ways in which orphans and the poor were seen and handled. Oliver is so surrounded by corruption and greed that nothing short of a miracle could possibly rescue him from it. The book also portrayed, in my mind, a perfect example of domestic violence with Nancy taking Bill’s physical, mental and emotional abuse because she loves him until, well I won’t give away the ending for anyone who may not know the story.

A Tree Grows in Brooklyn by Betty Smith
As you can probably tell I have a soft spot for historical fiction. This book chronicles an Irish family living in turn of the century Brooklyn. Dad’s an alcoholic and a dreamer who can’t hold down a job, mom is the bitter and burned out breadwinner of the family and Francie and her brother grow up learning how to stay tough and on their feet even when it seems the whole world is trying to knock them down.

Phantoms by Dean Koontz
If you saw the movie, forget everything you saw because the book is just light-years better! Remember the episode of Friends when Joey kept putting his books in the freezer when they got too scary? Yeah, that was me reading this SUPER CREEPY BOOK!

Robopocalypse by Daniel Wilson
This was another super scary book that lived in the freezer for a while. In fact, I took it out of the library and returned it twice before finishing it because I just didn’t want it in my house! Without giving too much away, this book basically plays on the fear of what would happen to the human race if/when robots and machines got too smart and then got angry! EEP! I’m getting goose bumps just thinking about this book. I understand Steven Spielberg is about to turn it into a movie so make sure you read it before the movie comes out.
Gone with the Wind by Margaret Mitchell
As much as I adore the movie, the book is just so much better! There are things in this book that the movie ignores completely and has inspired me to do some research for a book I hope to write someday based on Scarlett’s mother.

I was inspired to write Fantasy ever since I was 7 years old when, having read every book in the house and exhausted my school library, I was handed copies of The Hobbit and The Lord of the Rings series by my dad. I was instantly hooked and CS Lewis’ Chronicles of Narnia and L. Frank Baum’s Oz books quickly followed. Of course anyone who has read these sagas don’t need to be told of their incredible level of awesome which is the only reason they didn’t make this list. They are in a class all by themselves!