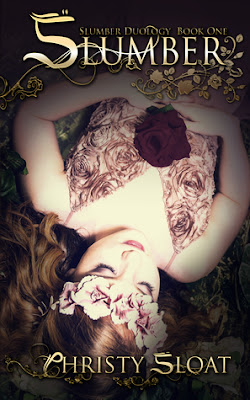 Not all princesses get their happily ever after...
They tell me I killed my boyfriend Phillip in cold blood. I stabbed him twenty one times. I’m only seventeen years old, and I am serving life in Spindle Ridge Asylum for the Criminally Insane.
I don’t remember killing him, so it’s really hard to believe I’m capable of murder. In fact I don’t remember anything before I came to Spindle Ridge, not even my boyfriend.
I can only grasp onto my realistic dreams while the madness of the asylum threatens to pull me under. I dream I’m a beautiful princess and there is an evil faerie named Maleficent who is bent on my destruction. The dreams are the closest thing I have to memories of my life, except they aren’t real.
I’m crazy. I’m not a princess.
They’re the mad illusions of an irrational teenage girl, right?
They’ve assigned me a new doctor, and she says I can trust her, and that she’ll help me see the truth of who I really am.
When she arrived she brought a new patient, Sawyer, who is everything Spindle Ridge isn’t: exciting, mysterious and beautiful. He promises he’s here to rescue me. Trusting either of them frightens me.
Could it be possible that my dreams are more than just the imaginings of a delusional girl? Could they be truth?

Christy Sloat is a SoCal born girl who resides in New Jersey currently with her husband, two daughters and Sophie her Chihuahua. Christy has embraced the love of reading and writing since her youth and was inspired by her grandmother's loving support. Christy passes that love of reading, writing, and creativity to her daughters, family, and friends. When you do not find Christy within the pages of a book you can find her being mommy, wife, crafter, and dear friend. She loves adventurous journeys with her friends and can be known to get lost inside a bookstore. Be sure to venture into her Past Lives Series, The Visitor's Series, and watch for many more exciting things to come.

My Review
This was a mixed bag for me. I liked the IDEA of the story, but something didn't quite click with me. The  characters were interesting, but I never really felt connected to them. I will say that I loved the setting a lot. Asylums are super interesting to me for some reason, so that was a big plus for Slumber. Having the main character be a mental patient accused of murder was a very nice spin. I do give this book credit for that. It is a creative element that I very much enjoyed.
The writing was decent. At times I felt like it dragged a bit, but overall I am not complaining. The character, like I stated before, are interesting, but don't come across as "real" most of the time. They are just there. I did catch myself picking up the pace towards the end.
Here's the thing. I didn't hate the book.  It entertained me. Is it my all-time favorite? No. Will I recommend it. It depends. If you enjoy fairytale retellings, then of course I will. Slumber was a nice read that I enjoyed, but won't be one that I will re-read.
at March 30, 2016 No comments: 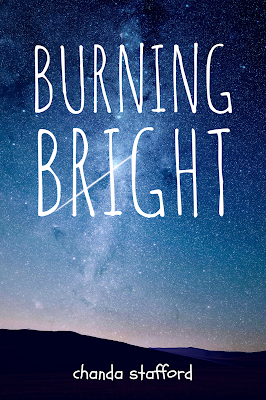 Three years ago, Samantha Gray killed her parents.
Haunted by their deaths, she hides her scars behind sarcasm and vintage t-shirts, counting the days until she can escape her foster home in Alegria, Arizona. Then she meets Ben, a California boy whose filmmaker parents constructed a big cat sanctuary outside of town. She's hesitant to get close, terrified he'll learn her secret.
When Ben introduces Sam to Solomon, a Bengal tiger on borrowed time whose gruesome history eerily mirrors her own, she must decide whether she’s strong enough to overcome her past and save not only Solomon’s life, but her own. And to do that, she'll need to tell Ben the truth. 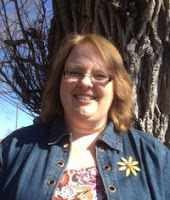 Chanda Stafford teaches middle and high school English. She loves traveling and currently lives in Michigan with her husband and a menagerie of rescued dogs and cats.When she’s not reading or writing, Chanda enjoys old zombie movies, authentic Italian food, and comic books.

My Review:
I signed up to review this book because...well the cover got me. I did in fact judge a book by it's cover and I'm glad I did!
I thoroughly enjoyed reading this. It's written well and caught my attention pretty swiftly. The characters are all pretty well developed and interesting. The way Stafford connected Solomon to Sam was pretty nice and didn't feel forced at all. I was kind of afraid it would be some sort of cheesy "She's wild like a tiger" plot device, but was in fact a really touching element that caught me off guard (in a good way!)
If I had to make a gripe about this book I'd say that I'd really would have liked more about Emily and Sam's friendship. How they met, how they became friends, etc. It was briefly touched upon, but I would have loved a bit more depth.
That's pretty much it. I really enjoyed Burning Bright and would recommend it!

It's Monday so here be my bookish plans! 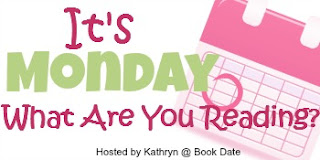 I have a pretty full plate this week, but I'm not going to let that stop me one bit! The first two books on my list here are needing reviews before this month is over! So be prepared to see my thoughts soon! The Long Walk has been on my wishlist for a while now and I finally got my hands on it! Woot! I'm super stoked to get back into the blogging swing of things! I've got several bookish ideas and events coming up that are making me geeky!

What are you reading this week?

A Chronicle of Chaos by D.M. Cain (Release Blitz) 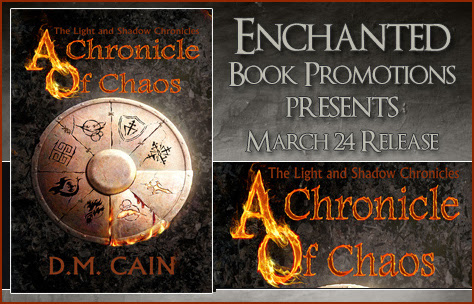 “The new book in DM Cain’s epic Light and Shadow fantasy series certainly plunges us in at the deep end. The heart of this book—its true essence—is prejudice and love, persistence, and stubbornness.”

Stewart Bint, author of In Shadows Waiting and Timeshaft. A brutal war has raged for centuries. The Brotherhood of Shadow and The Children of Light each yearn to rule the planet and will stop at nothing to defeat the other. Now, from the deepest bowels of Hell, the Brotherhood has summoned demons to fight for them. The demons could end the war once and for all, if only the Brotherhood can keep them under control. Prophecy, destiny, honour, and glory: Chaos, a soldier in The Children of Light, fights in the name of all these things and could achieve them if he wasn’t so arrogant. He believes he is the best warrior in the land, until a fateful coincidence puts him at the mercy of the demon, Anathema. The two warriors, demon and human, strike up an intense rivalry, but their obsession to destroy one another only leads them closer together. When the forces of Heaven and Hell collide, where will their loyalties lie?

D.M. Cain is a dystopian and fantasy author working for US publisher Booktrope. She has released three novels: The Phoenix Project – a psychological thriller set in a dystopian future, Soren – a middle-grade fantasy, and A Chronicle of Chaos – the first in a dark fantasy series. She is currently working on the next novel in the series, ‘The Shield of Soren’, and a novella to accompany it.

D.M. Cain is also a member of the International Thriller Writers and is one of the creators and administrators of the online author group #Awethors. Her short story ‘The End’ was published in Awethology Dark – an anthology by the #Awethors.

Cain lives in Leicestershire, UK, with her husband and young son, and spends her time reading, writing and reviewing books, playing RPGs and listening to symphonic metal.

*Pre-Order* Drawn To Her (Southern Heat, Book 1) by Jenna Harte 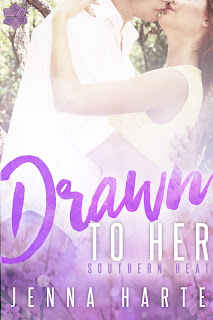 Drawn to Her: Southern Heat Book One
By Jenna Harte
Release Date: April 12, 2016

Feisty and outspoken, Lexie McKenna will do anything to protect her cantankerous and ailing patient—even if it means going up against his cold and calculating, but sexy and irresistible grandson. After all, as a nurse, her number one priority is her patient.

Drake Carmichael doesn’t trust the nurse who’s taking care of his grandfather—despite how adorable and compassionate she seems. He refuses to let her get her grips into their hard-earned money. But as the two square off and begin to battle about what is best for the dying man, Lexie and Drake realize they know very little about each other and that first impressions are deceiving. Once they finally give into their desires, the battle has only just begin.

With a fight between family and fortune, love and lust, will either one be able to find the southern comfort they both truly crave?