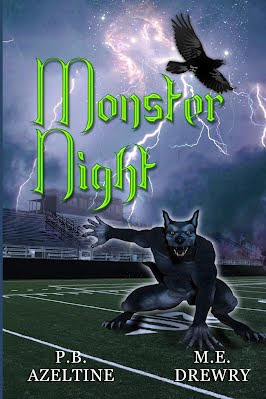 By Pb Azeltine, Me Drewry


When a drug surfaces in town that turns teens into the mythological creature of the chupacabra, David Copperfield Finkleman is called in to help. Why? Because David possesses a rare gift. He is a true blue, magic out of the fingertips, potions and spells, wizard. Well, that and because his grandfather is the
lead investigator on the case and the drug is circulating in David's own high school. David is thrust into a world of danger and monsters he never knew existed, all the while living his normal daily life. He learns that he will have to save the very bullies who torment him in school and the chemistry teacher who
wants nothing more than to flunk him. Adding to his problems, he deals with girl troubles, a boss who doesn't appreciate his sarcasm, and saving an agent's life before it's too late...no pressure!


I retrieved my wand, held it over the potion and willed my energy into it. The potion began to bubble as if boiling on the stove. It became thick and turned blood red. The contents bubbled and expanded, spilling out from the bowl and on to the table. Then suddenly the bloody goo began to form into a shape, sprouting legs, and then swirling around and making a body, and lastly a head. I pulled back my energy, but it was too late. A Mastiff-sized chupacabra stood on the table, snarling, snapping, and baring its teeth at me.

I jumped back and cried out at the same time. The creature lunged at me. I dove under the table, feeling the breeze from its body brush my face. The animal thumped to the ground and scrambled, its paws slipping and scratching on the linoleum floor. I clambered to my feet, just in time to throw a wall of energy out, three inches thick and a large doggie-door size wide and high.

The chupacabra hit the wall, bounced back, and came at me, frothing and scrabbling at the energy again and again until he broke through and pounced on me, sending me hurtling backwards. My back, butt, and head smacked the linoleum at the same time, followed by my feet, the chupacabra’s teeth sinking into my coat. Its head thrashed from side to side. The material resisted at first, and then a loud ripping echoed in my ears. The animal won the battle with a mouthful of my stuffing and cotton-polyester blend material. Using my hands and feet and all my strength, I shoved the creature off of me, scrambled to my feet, and sent another stream of magic at it. This time I was able to throw it into the back door. Stunned for a few seconds, it slowly stood, shook its head and body, and showed me his fangs, the whites of them flashing in the bright light of the room.

Was something or someone controlling this creature? Its glazed eyes indicated that the lights might be on in its head, but no one was home, or at least in that house. But who or what was controlling it? And maybe even why?

The creature gathered itself for round two. It rose on its two back legs to full height. Long claws jetted out from its pads ready to slice me in two. Its gray body had a green hint to it with black spots. Black spikes stuck out along the spine and looked as sharp as its claws. Drool dripped from its long tongue and sides of its mouth. It growled, a low menacing hum that rose louder into a snarl.

For a moment, I was fascinated by its ability to balance as a human. Red eyes glowed and I kept from looking at them for fear of not knowing if it could hypnotize or freeze me. 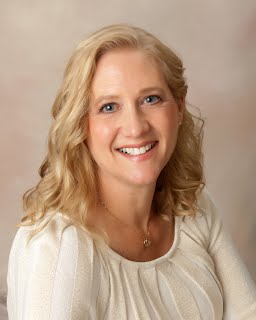 
P.B. Azeltine has been writing for many years. She is a Land Surveyor

Instrument woman by day and a writer at lunch time, traveling in the car time, any spare moment time, days off time, and evenings. She loves writing young adult, middle-grade, historical romance, and contemporary romance. She tries to put humor in all her writing. She has learned that as she goes through life, humor can make it much easier to get through. She lives in Olympia, Washington (U.S.A.) with her husband, two daughters, son in-law, future son in-law, two dogs, one cat, and one lovebird.


M.E. Drewry is a teacher and writer. An avid fan and reader of fantasy, she decided to co-write her own fantasy story for young adult. She lives in Rochester, Washington (U.S.A.) with her husband, Jacob and her overly pampered black lab Shadow.