Blurb:
She's about to become a pawn in a brutal game between nations...

The American Civil War has raged for more than ten years. The outcast daughter of a famous inventor, Jessica White has struggled to salvage what little remains of her life. Then, one cold winter night, the lover she'd given up for dead returns, claiming the Union Army bought the plans for her father's last invention. But he's not the only one who lays claim to the device, for the Confederacy wants the invention as well. Both sides will kill to have it.

As an agent for the Union Army, Luke Bradshaw is a man who will use whomever and whatever is at his disposal in order to complete his mission. An attack by Confederate soldiers ensures that Jessie will turn to him for help, but Luke can't help but wonder about the secrets she keeps--and if those secrets will ultimately prove fatal.

This was a dip into the unknown for me. I almost said no based on the cover, which I will be honest isn't really one of my favorites. I'm SO SO glad that I decided to give it a whirl! Steam punk meets the civil war meets an ultra steamy romance! So very yummy! I am usually not into romance but yeah, this one is a winner! Great writing, awesomely created characters and a very sweet and sexy romance will have you wanting WAY more! This is definitely one that you should pick up! 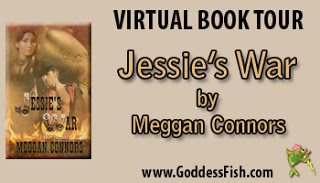