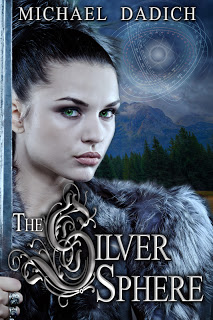 The Silver Sphere
Shelby Pardow never imagined killing someone. That’s about to change.
While hiding from her troubled father in the local library, Shelby stares at a flashing instant message on her computer: YOU ARE NEEDED. She discovers a portal that opens and teleports her to the planet Azimuth, where soldiers await. Here, she is not a child but a warrior, Kin to one of the six Aulic Assembly members imprisoned by Malefic Cacoethes, the daunting leader of the Nightlanders.
Malefic, the evil spawn of the demon Biskara, razes towns and cities in his quest to rule Azimuth, and yearns to turn his forces against Earth. Yet every time Biskara gets close to achieving his malevolent goals, the Assembly uses the Silver Sphere, a sophisticated armillary device, to thwart him.
With the Assembly deposed, Biskara directing Malefic’s conquests, and the Silver Sphere out of reach, Shelby is thrust into an unforgettable quest with her fellow Kin. She must learn to kill and lead an army into battle, or Azimuth—and Earth—will fall. 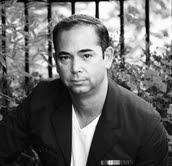 Author Michael Dadich
I’ve been writing since first setting pencil to steno pad at age 8. A year later, I began developing the world of my current series-in-progress, and even created its title, The Silver Sphere. Now, with the support of years of experience, those early maps and back stories have progressed into what I hope is a fresh and entertaining take on the classic young adult fantasy adventure.
Despite my frequent escapes into parallel worlds, I root myself firmly in my very real family and community. When not pacing the yard maniacally after every few pages of writing, I spend as much time as possible hanging out with my studly 9-year-old son, and my inspirational wife Jenna. I also coach several local youth sports teams in Beverly Hills, and alternate between yelling at my two crazy Corgis and hiking with my trained German Shepherd.
For more, join me in my favorite fantasy worlds, from Lord of the Rings to the creations of C.S. Lewis, Anne McCaffrey and Terry Brooks. Even more importantly, stop by and say hello on my Facebook page at AuthorMichaelDadich, tweet me at @MichaelDadich, and stalk my website at http://www.thesilversphere.org.

I'm free writing this as I JUST finished it so I hope you guys don't mind. I really liked it! It felt like the start of something really really epic! The characters are so good! I really enjoyed how each character was given such a strong presence. It wasn't just the Shelby Show. Each piece of the puzzle played it's part to make the whole story, and that was awesome!

I really enjoyed this and can't wait to see what else Michael Dadich has in store for the kin! This is a well written, well developed, and exciting book about good versus evil that should be read! 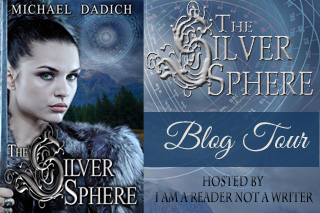