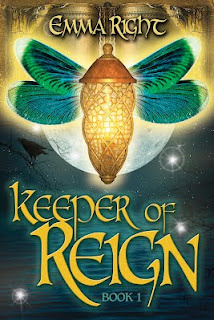 Books written in blood. Most are lost, their Keepers with them. A curse that befell a people. A Kingdom with no King. Life couldn’t get more harrowing for the Elfies, a blend of Elves and Fairies. Or for sixteen-year-old Jules Blaze. Or could it?


For Jules, the heir of a Keeper, no less, suspects his family hides a forgotten secret. It was bad enough that his people, the Elfies of Reign, triggered a curse which reduced the entire inhabitants to a mere inch centuries ago. All because of one Keeper who failed his purpose. Even the King’s Ancient Books, did not help ward off that anathema.


Now, Gehzurolle, the evil lord, and his armies of Scorpents, seem bent on destroying Jules and his family. Why? Gehzurolle’s agents hunt for Jules as he journeys into enemy land to find the truth. Truth that could save him and his family, and possibly even reverse the age-long curse. Provided Jules doesn't get himself killed first. 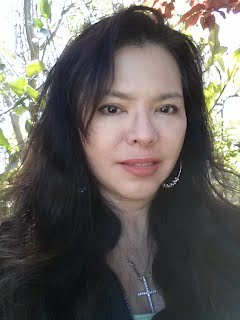 Author Bio:
Emma Right is a happy wife and homeschool mother of five living in the Pacific West Coast of the USA. Besides running a busy home, and looking after their five pets, which includes two cats, two bunnies and a Long-haired dachshund, she also writes stories for her children. When she doesn't have her nose in a book, she is telling her kids to get theirs in one.
Right worked as a copywriter for two major advertising agencies and won several awards, including the prestigious Clio Award for her ads, before she settled down to have children.
Visit Emma Right at her home site and blog for tips and ideas about books, homeschooling, bible devotions, and author helps of various sorts: www.emmaright.com and follow her on facebook emma.right.author