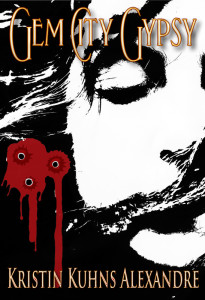 About:
A Gypsy girl, two hot guys, a “little bit of magic,” and the leader of the Ku Klux Klan on her heels. What’s a Gypsy girl to do? If her name is Neci Stans, she will fight back. Colorful, vivid, and passionate, 19-year-old Neci Stans wants nothing more than to belong to Dayton, Ohio’s high society set and marry the man of her dreams, Ezra Crawford. But there's some big problems: his racist father, the Ku Klux Klan, a woman who claims Ezra as her own, and a vindictive but sexy Englishman who wants Neci for his own. And of course, the biggest problem of all is her gypsy heritage and her “little bit” of magic. For 1900s Americans, life was changing, and Neci will make you cheer for the changes and cry for the heartbreaks. 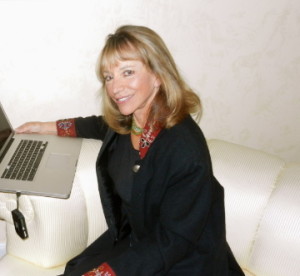 Kristin Alexandre was raised in Dayton, Ohio where she worked as a feature columnist for The Dayton Journal Herald and the Kettering Oakwood Times.
She has written two previous books: Nuncio and the Gypsy Girl in the Gilded Age,  a graphic novel that was featured at the 2011 NY City Comic Con; and Find a Great Guy: Now and Forever.

Alexandre was a co-founder of Earth Day 1970 and worked on staff with House Beautiful Magazine and as a contributor to Town & Country Magazine, The Christian Science Monitor and The Daily News. Her celebrity luncheon series for the Chairman of Ammirati & Puris Advertising at The New York Yacht Club was acclaimed, and she has also worked as a co-host and producer of Enough Is Enough a syndicated talk show for WLIW-TV, a PBS affiliate in NYC. Alexandre has worked as a publicist for The Economic Development Association of Puerto Rico and Champion International U.S. Plywood. She is a NJ Board Member of The Humane Society of America and resides in Delray Beach, Fl. and Nantucket , Ma. with her husband DeWitt.