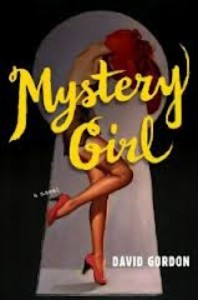 Sam Kornberg is a failed novelist living in L.A. with a collapsing marriage. Desperate for work, he becomes the assistant to a portly, housebound detective named Solar Lonsky. His assignment to track a mysterious woman is the trigger for a tense, smart, and often screamingly funny story involving sexy doppelgangers, insane asylums, south-of-the-border shootouts, mistaken identities, video-store-geekery, and the death of the novel. It’s as if Tarantino had remade Vertigo after bingeing on Nero Wolfe novels. 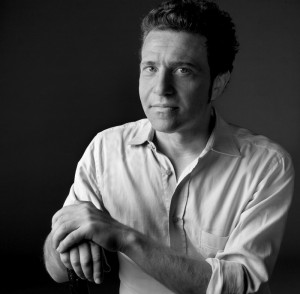 David Gordon was born in New York City. He attended Sarah Lawrence College and holds an MA in English and Comparative Literature and an MFA in Writing, both from Columbia University, and has worked in film, fashion, publishing, and pornography. His first novel, The Serialist, won the VCU/Cabell First Novel Award and was a finalist for an Edgar Award. His work has also appeared in The Paris Review, Purple, and Fence among other publications.

This was a great read! I picked it up and didn't stop until the end, which for a mom during SUMMER BREAK (i.e.-kid running around begging for attention) I have to say was a pretty solid feat! The cover is what really got me, which I try not to allow a pretty cover to sway me, but it just sums up the book so very well. This is not a sweet fluffy read in the least, but yet there is humor. It's a dark somewhat morbid sense of humor, but it's there. I loved every aspect of this story. From the start I had to say I felt a strong connection to poor Sam. His wife was a bit much, but I can also relate to her side as well, being married to an intellectual kind of person isn't very easy. However, I didn't like her and the way she treated Sam and her marriage. She came across often as a whiny you-know-what!

Solar Lonsky is one of those random/weird characters that are not easily categorized or described. He's eccentric, smart, and rather lovable in a unique way that I haven't come across in a long time. He's certainly not going to be easily forgotten!

The story unfolded rather quickly and kept me greedily flipping page after page, until the end and when I got there I really really really was satisfied. I cannot recommend this book ENOUGH. It was a delightful read.