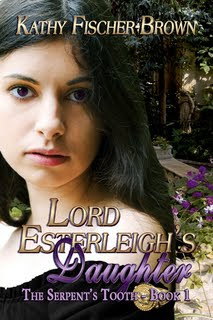 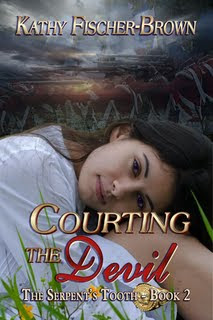 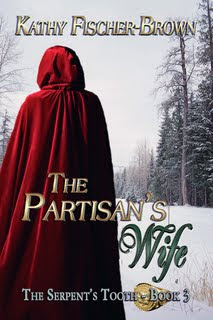 BOOK #1
As a child, Anne Fairfield dreams of the father she never knew, the hero who died fighting the French and their Indian allies in a land across the sea. Her mother’s stories, and fantasies of her own devising, sustain and nurture her through a poor and lonely existence. Until one winter night, a strange man comes to call, and the life she has known comes crashing down like shattered glass.
Forced to confront sordid truths, secrets and lies, the headstrong young woman begins to learn that, like generations of women ruled by their hearts, she is destined to follow in their footsteps.
Set against the backdrop of 18th century England, Lord Esterleigh’s Daughter is the first book in “The Serpent’s Tooth” trilogy, which follows Anne from the rural countryside, to London society and into the center of the American Revolution.

I wasn't sure what to except from this book. It seemed like a fun romp into historical fiction, which isn't a genre I'm familiar with, however what I got was a highly emotionally charged tale. Anne and her Mother (in the beginning of the book) touched me so much. From the first scene they had me, their bond was so vividly written. I was near tears at the part where Julia pulled Anne onto her lap and held here there, when she knew her time was almost up! So sad! *sob* It's been a while since I had my heart string pulled by one tiny simple scene in a book!

This books highly creative and expertly written story flows so smoothly from part to part, I never felt there was too much of an info dump or too much heavy handed description. I grew to love Anne and love her spirited character. She obviously shines the brightest in this story! Due to a scheduling issue (my issue being I can't read 100 books at once!) I was not able to read the other two in this series, but I plan on reading (and reviewing) the next two! I can't wait!

This is an excellent start of a series and I am really thrilled to be a part of this tour!


BOOK #2 (May contain spoilers)
Four years after a near fatal blunder uproots her from her home and inheritance, Anne Darvey, daughter of the Marquess of Esterleigh, finds herself an indentured servant on a farm near Fort Edward in New York, as the British army advances toward Albany. Driven by guilt over the pain she has caused her father and grief over her lover’s death, she sets out to deliver a message. The consequences lead to the discovery that all is not as it seems, and sets in motion events that lead to love and danger.
Set against the backdrop of the American Revolution, Courting the Devil is the second book in “The Serpent’s Tooth” trilogy, which follows Anne from her childhood in the rural English countryside, to London society, and into the center of the American Revolution.

BOOK #3 (May contain spoilers)
Faced with an impossible choice, Anne Marlowe is torn between her husband’s love and the hope of her father’s forgiveness. As American forces follow up on their tide-turning victories over the British at Freeman’s Farm and Bemis Heights, Peter is drawn deeper into the shady network of espionage that could cost them both their lives.
Is his commitment to “the Cause” stronger than his hard-won love for Anne? Will her sacrifice tear them apart again...this time forever? Or will they find the peace and happiness they both seek in a new beginning?
The Partisan’s Wife follows Anne and Peter through the war torn landscape of Revolutionary War America, from the Battle of Saratoga to British-occupied New York and Philadelphia, and beyond. 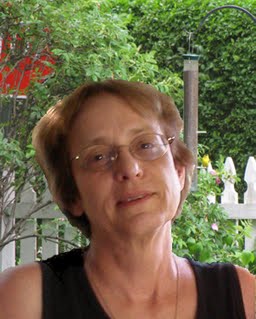 As a child Kathy wanted to be a writer when she grew up. She also wanted to act. After receiving an MFA in Acting and playing the part of starving young artist in New York, she taught theater classes at a small college in the Mid-West before returning home to the East Coast, where over the years, she and her husband raised two kids and an assortment of dogs. During stints in advertising, children’s media publishing, and education reform in the former Soviet Unions, she wrote whenever she could. Her love of early American history has its roots in family vacations up and down the East Coast visiting old forts and battlefields and places such as Williamsburg, Mystic Sea Port, and Sturbridge Village. At the same time, she daydreamed in history classes, imagining the everyday people behind all the dates and conflicts and how they lived.

Claiming her best ideas are born of dreams, Kathy has written a number of stories over the years. Her first published novel, Winter Fire, a 1998 Golden Heart finalist in historical romance, was reissued in 2010 by Books We Love, Ltd.
When not writing, she enjoys reading, cooking, photography, playing “ball” with the dogs, and rooting on her favorite sports teams.