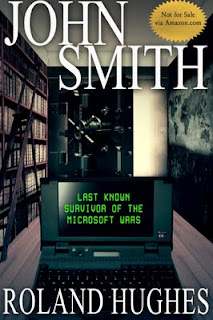 
What if the Mayans got the start of the end correct because they had survived it once before? What if our written history was just as accurate as the old tale about three blind men describing an elephant? What if classic science fiction writing and television shows each got a piece of it correct, would you know which ones? If your eyes can only see a tiny portion of a collage do you know it is a collage? Fans of Babylon 5, Star Trek TNG, Battle Star Galactica (the new one) and classic science fiction writing will enjoy the bountiful Easter Egg hunt contained within. When you were a child you learned to connect paper clips or thread beads together to make a necklace. Sit back and watch the beads you’ve had all your life form the picture you could not see. Consider for one second the possibility of the story, then hang onto your mind with both hands while you take the ride.
Excerpt:


In the past, when there was a massive nuclear disaster,mankind put in a concerted effort to clean it up. Even when the Chernobyl meltdown happened in a place called the Ukraine,we built a low-quality and hasty tomb around the site and put as much of the waste as possible in safe containment.The closest my cycle had to the off-limits places you know have occurred on an island nation known as Japan.

A plant there failed so completely after being hit by a tsunami that untold quantities of highly radioactive water went into the ocean along with radioactive dust, which covered farmland for miles.One thing is certain with prolonged radiation exposure:mutation. Sometimes it kills the life form, sometimes it alters it.

Enough radiation will kill any known life form but we never studied prolonged exposure to radiation from high-grade fuel rods, or what happens to creatures who drink the surface water containing particles from these rods.

We do know that the venom mutates, as well, along with the bacteria, which naturally occurs in the mouths of certain creatures.If I ask you to travel the direction of the setting sun two days by horse, stay there a day, then come back before completing the interview, will you do it? 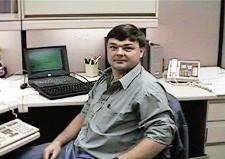 With a degree in Computer Information Systems, the author's experience is focused on OpenVMS systems across a variety of diverse industries including heavy equipment manufacturing, pharma-ceuticals, stock exchanges, tax accounting, and hardware value-added resellers, to name a few. Working throughout these industries  has strengthened the author's unique skill set and given him a broad perspective on the role and value of OpenVMS in industry.

Mr. Hughes' technical skill sets include the following tools that enable him to master and improve OpenVMS applications: DEC/VAXC, DEC/VAX C++, DEC BASIC, DCL, ACMS, MQ Series, DEC COBOL, RDB, POWERHOUSE, SQL, CMS/MMS, Oracle 8i, FORTRAN, FMS, and Java, among others. Being fluent in so many technical languages enables Hughes to share his knowledge more easily with other programmers.