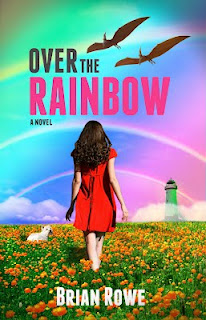 
16-year-old Zippy Green never meant to fall in love with a girl, but when she does, her ultra-conservative father tries to send her to anti-gay camp. At the Kansas City airport, however, she hides inside a giant suitcase and sneaks onto an airplane headed not to the camp, but to Seattle, where her online love Mira lives. Halfway through the flight, the plane barrels out of control and crashes into the ground, knocking her unconscious.  When Zippy awakens, she finds that most of the passengers have vanished. She doesn’t know what’s happened, but she’s determined to find out. She begins a quest on foot toward Seattle, and along the way, she meets a teenager with a concussion , a homeless man with a heart condition, a child without a shred of bravery, and a terrier named Judy. Together the group discovers that more than two-thirds of the world's population has mysteriously disappeared. But that's only the beginning... All Zippy wants is to find her Mira, but before she can she has to contend with two outside forces. The first is her homophobic father, who does everything in his power to keep her from the girl she loves. And the second is extinct creatures of all shapes and sizes, including living, breathing dinosaurs, which have replaced the missing population. 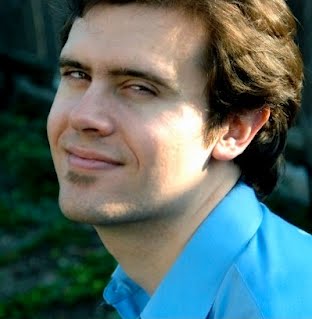 Brian Rowe is a writing fiend, book devotee, film fanatic, and constant dreamer. He's written nine novels, dozens of short stories, five feature-length screenplays, and hundreds of film articles and essays. His fiction has appeared in Dreamspinner Press, Mobius Magazine, and Wilde Oats Literary Journal. He is one half of the YA book blog Story Carnivores, where he reviews the latest in books and film. He is currently pursuing his MA in English at the University of Nevada, Reno, and is hard at work on his first New Adult novel, which will be released in November 2013.
Website: brianrowebooks.com
Goodreads: http://www.goodreads.com/book/show/17792829-over-the-rainbow


As a reader of many gay young adult novels, both good and bad, I've made the distinct effort over the last year and a half to write YA novels with gay main characters that don't necessarily revolve around the characters' sexuality. Since March 2012 I have written three YA books with gay characters at the center (one is Over the Rainbow, the other two are forthcoming), but none of the three books is what anyone would call an "issues" book, or a book that's specifically about how the character is dealing with his or her sexuality. Zippy's homosexuality plays a big role in Over the Rainbow, but from the get-go Zippy is comfortable with who she is, and doesn't set out on a journey to find herself, but to find the person she loves.

I want to write young adult novels where the main character just happens to be gay, not young adult novels that are all just about how the main character is gay. Why not allow the main character of a major fantasy franchise be gay? Andrew Garfield got a lot of heat when he suggested, "Why not have Spider-Man be gay, or at least be exploring his sexuality?" Why is it so automatic that the hero of a book that may be more geared toward teenage boys than, say, adults, have to be heterosexual? With each passing year, we as a nation are becoming more and more accepting of the LGBT community, and I love the idea of major books and films using gay characters not just as stock, as a friend or in the background, but as the core central character.

Over the Rainbow is at the heart a romance between two girls who never know if they will ever find each other, but it's also a rip-roaring action adventure, the kind geared for boys, that just so happens to have a lesbian protagonist at the forefront. Should this element make the action scenes any less enjoyable for male teenage readers? There are car chases, wild nightmares, a duel to the death with a velociraptor on the top of a moving vehicle. I want readers to see Zippy as a bad-ass, not as a gay bad-ass. And I especially want young lesbian readers to find a character on the page that they can truly call their own.