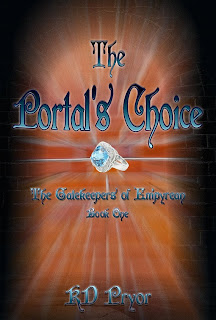 I didn’t ask to meet ghosts. Shoot, I was fine without them in my life. Uncle Craig and Hannah were nasty to me, but at least I knew how to handle living pains in the butt. Now I have to figure out how to open and close a portal between the human and spirit worlds. And I have to find and return a bunch of angry ghosts through the gateway and lock them on their side. I don’t know why the portal chose me to do this, a fifteen-year-old kid with no ghost busting experience. But it did. And if I want a ghost-free night’s sleep anytime soon, I’d better figure out how to get the job done. Because I’ve about had it with murderous ghouls and their unpleasant agendas.  “Signed Tallis Challinor”

After the death of her parents, Tallis Challinor and her brother Wyatt must move to the Midwest to live with their dead mother’s sister and her family. When Aunt Sandra dies three-and-a-half years later, Tallis and Wyatt find themselves moving yet again, this time to New Hampshire to live with their father’s sister, Aunt Gabbie, and her husband Noreis. Gabbie is young, pretty and fun. Tallis remembers being a little girl and playing with her Aunt at the family home in California, before her parents died. So Tallis is excited to re-locate and reconnect with Gabbie. But what should have been a happy reunion is plagued with problems when Noreis opens a portal between the spirit and human worlds located in the basement of the house.

Tallis is a practical kid. She doesn’t believe that ghosts exist. But she can’t deny what she sees with her own eyes and the two ghosts Tallis meets at Thanksgiving in the basement of her aunt’s house are definitely not figments of her imagination, although she wishes they were. Tallis is unwittingly drawn into the portal’s energy when one of the ghosts fixates on her and forces her to assist in the release of three particularly nasty spirits. As a final blow, the portal chooses Tallis as a temporary gatekeeper and she finds herself charged with the duty of returning the very ghouls she’s set free, plus a few of their buddies, back to the spirit realm.

As Tallis learns the secrets of the portal and begins to understand her newly acquired power, she formulates a plan to return the ghosts. Along the way, she receives help from many new friends who fill in the details about the identity of the escaped spirits, providing a possible motive for the outrageous actions of the escaped ghosts. Tallis must learn to trust herself and others as she taps into her inner courage to get the job done and save her town from the angry restless dead set. 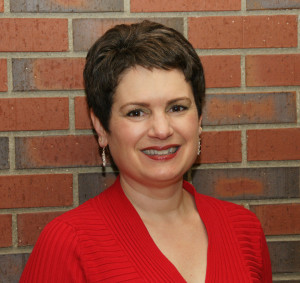 KD Pryor started life in Missouri, where she read lots of books, even sneaking them into baseball games to the irritation of her father. Kelley graduated with a degree in International and Comparative Studies from Trinity University in San Antonio, Texas. After college and marriage to a great guy, she decided to pursue a law degree at the University of Kansas in Lawrence. Her oldest son was born soon after law school, followed three years later by her daughter and a move to Kentucky. One more son, a move to Ohio and four years later, her family jumped on the opportunity to move to India. They lived in Bangalore, now Bengaluru, for four wonderfully chaotic years, traveling all over Asia, Australia and Europe.

Now, settled in New Hampshire with her family and herd of cats (only three), she can often be found in her office, working on the next installment of “The Gatekeepers of Em’pyrean” series, reading one of a dozen books she has started, and dreaming of her future travel destinations.

“The Portal’s Choice”, book one in “The Gatekeeper’s of Em’pyrean” series featuring Tallis Challinor, was released on May 6, 2013.

“The Forgotten Gate”, book two in the series, is scheduled for release in 2014.

April 29th, 2:30 in the morning
One week to go.
I feel it, the nearness of the spirits. The fact thateverything is aligning to some sort of conclusion. I hopeI’m ready. I hope I have the power to finish this thing. And, I hope that Gregory Millard calls soon.

The shrill ring of the phone pierced the late night silence ofthe house, startling me out of an exhausted sleep. My body jerkedto semi-awareness and I reached for it, knocking it to the floor inmy confusion. I reached down, patted the floor, and finally foundthe phone as it rang for the third time.
“Yeah?” I mumbled.
“Hello, can you hear me?” shouted a voice I didn’t recognize.
I was groggy with sleep and confused as to my exact location.The voice continued hollering at me, but I had trouble focusingon it as my sluggish brain worked to figure out why I wasn’t inmy bed. Finally, I remembered that I’d fallen asleep on the sofain the front room. Satisfied that I could place my body in space, Idirected my mind to the person who was calling. A glance at theclock on the wall said it was 2:00. In the morning.
“Who is this?” I asked, stretching my neck until I felt a loud,satisfying crack.
“My name is …” a male voice started, then abruptly stopped.The connection appeared to be lost.
“Hey, are you there?” I hollered back into the phone, assumingthat if the caller had to yell to be heard, he needed me to yell backat him.
“Tallis, what’s going on down there?” my aunt, Gabbie, calledto me. She hurried down the creaky, wooden staircase.
“Phone call,” I mumbled when she appeared in the doorway.“But I think the connection’s broken. It wasn’t too good to startwith.”
Gabbie moved to my side and looked down at me. Theflickering fire in the wood stove illuminated the paleness of herskin and amplified the heavy shadows under her eyes. She lookedawful, much older than her twenty-seven years.
“Do you think?” she began, and then swallowed. “Is it him?”
I shook my head. “I don’t know.”
The voice burst through the static. “Gregory Millard.” He wasgone again.