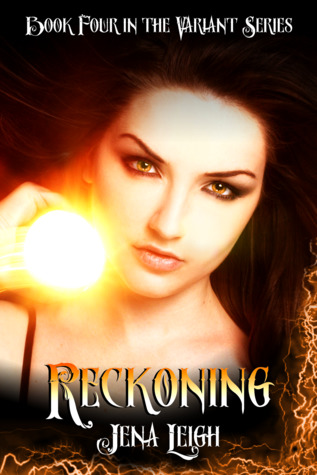 
Alexandra Parker came home from the past only to find herself in the middle of an underground war—one that could affect the fate of Variants everywhere.
Fighting an all-powerful government agency is tough enough, but when a secret from John Grayson’s past comes back to haunt them all, the group’s united front begins to crumble. And when Alex’s own painful memories threaten to push her past her breaking point, the uprising stands to lose its most powerful weapon.
With their lives and their freedom on the line, can Declan, Nate, and the rest of the Grayson family hold it together long enough to bring down Director Carter and derail Brian’s apocalyptic visions?
As Alex struggles to master her most volatile ability yet, only one thing is certain: the uprising’s cold war with the Agency is about to turn red hot.

Goodreads / Amazon / Barnes & Noble / iBooks / Kobo
—
EXCERPT:
“Would you like to continue?” Brandt asked, his tone mocking. “Or do you need a break?”
Alex wiped distractedly at her brow, straightened her posture, and gave a nod. “I’m ready. Let’s keep going.”
Brandt smiled. “As you wish, little girl.”
He split the fiery orb he held in two before allowing each of them to double in size—and then he lobbed one of them directly at her head.
Standing as they were, only a few yards apart, she barely had time to dive out of the way. The fireball hit the ground just behind her, singeing the earth to a blackened char before fizzling out.
Alex got back to her feet. Again, Brandt split the orb he held in two before sending one spiraling toward her face.
This time she was ready and managed to catch the blazing orb just a few fleeting inches from the tip of her nose. She shrank the ball little by little until she was able to force it to blink out entirely.
Distracted as she was by her efforts, she almost failed to notice the next orb hurtling her way. It took everything she had to react in time to catch that one, too, and dissolve it. This time, she glanced up to discover two fiery masses spiraling in her direction.
Again, Alex was forced to redouble her efforts in order to catch both simultaneously and dissipate them.
And then there were three.
Four.
Five.
Soon Alex’s world consisted only of the flames hurtling toward her and the effort it required to force each orb out of existence.
Within another two minutes, the number of orbs being launched simultaneously in her direction had hit double digits.
Drowning beneath the constant onslaught, Alex grew desperate.
“Brandt, stop!” she gasped out. “Please!”
Instead of slowing, the speed and strength of his volleys intensified.
“Stop?” he repeated, incredulous. “I thought you were here this morning to learn. To train. Are you really going to give up so easily, little girl?”
Exhaustion turned swiftly to rage. Alex growled as she countered orb after orb, dissolving each one with barely an instant remaining to prepare for the next explosive torrent.
“Stop calling me little girl,” she spat through clenched teeth, struggling to hold back the barrage.
“Then stop acting like one,” he replied. “If you just wait around for people to start taking you seriously, you’re never gonna get anywhere. You want to go toe-to-toe with the boys? You want to stand on an equal playing field? Newsflash, little girl. Such a field doesn’t exist. Not for you.”
She could feel the anger burning through her, hotter even than the fire she wielded.
“Don’t ask to be their equal,” Brandt said. “Demand it. Then ready yourself so that, when the time comes, you leave them all behind. Make certain that there will be no doubt that you’re so much more than they ever dreamed.”
Alex could feel her strength—and her ability to focus—waning. She had seconds at most before her concentration gave out and the hailstorm of orbs made contact.
Summoning the last of her willpower, Alex took hold of every lick of fire in the open field, including the ones Brandt still held. Ripping them away from his control, she stretched out her arms, drew the nearly two dozen orbs toward her, and formed a veritable wall with them… and then she catapulted them all back toward her opponent.
Eyes widening in surprise behind his wire-rimmed glasses, Brandt stumbled backward, unable to stop the attack that was now heading straight for him. 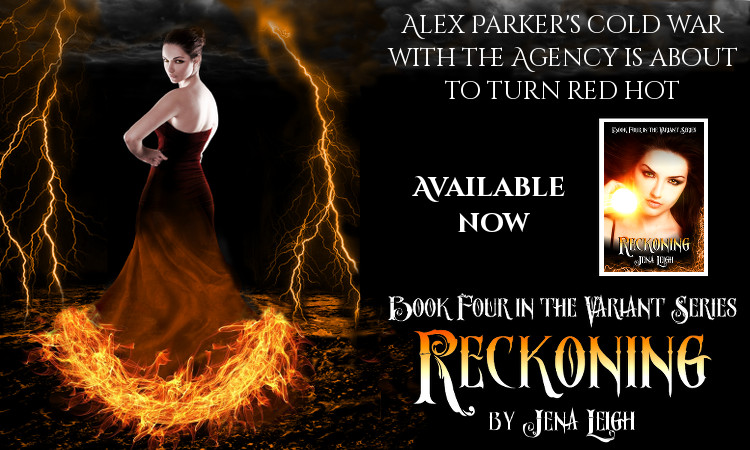 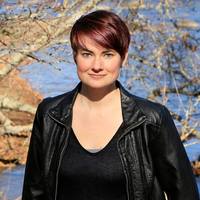 Author Bio:
Jena Leigh is the author of the Variant Series novels REVIVAL, RESISTANCE, REDUX, and RECKONING. She’s currently hard at work on the fifth novel in the series. Born and raised in the lightning capital of North America, she eventually made her home in the Smoky Mountains of Western North Carolina. A shameless geek, she loves coffee, loud music, bad sci-fi movies, Skittles, and shenanigan-filled road trips to faraway concerts.
To find out more about The Variant Series and author Jena Leigh, visit her online at www.jenaleighbooks.com or @jenaleighbooks.