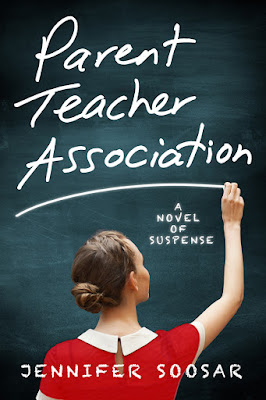 Fresh out of a mental hospital, Lizanne Demeter is thrilled to get a second chance at her career when she's hired to teach third grade in the backwater town of Splinter Wood, Pennsylvania. But hopes for a peaceful new life are ruined when demanding ‘helicopter mom’ Naomi Seabrook pushes Lizanne to the brink.

While struggling to maintain control of her classroom, Lizanne begins to unravel the secret behind Naomi’s hell-bent agenda. As deadly clues emerge, Lizanne suspects Naomi is guilty of more than just overindulging her child.

With her life teetering on chaos, Lizanne risks everything to expose the shocking truth. But first, she must race against her own spiraling sanity to prove herself a more dedicated teacher than anyone dared imagine—the kind of teacher who makes ALL the difference.

Lizanne’s heart beat faster when the page loaded. LockupLink.com was a website for prisoners looking for pen pals. Free to Join! Connect with Lonely Single Inmates!

She couldn’t remember how or when the idea had first dawned on her—a Reader’s Digest article glanced at in the day room? Something on Maury Povich ages ago? But now, here it was, a practical and obvious solution.

In seconds, she was scrolling through listings of incarcerated men in Pennsylvania’s prisons. Her hand trembled over the mouse.

The ads were fascinating to read, and she poured over them, one after another. All pertinent information on each prisoner at her fingertips, his photograph, and a written greeting.

Some were murderers, others in for sexual assault, armed robbery, or drugs. It felt dangerous and wrong to look at some of the profiles. These were evil men, no denying it. But she found herself feeling sympathetic, and strangely turned on.

A lot of these desperados were very good looking, posing shirtless against a hand-painted mountain range, their bodies as fine and masculine as the models on the covers of her romance novels. They were heavily muscled and tattooed. Some guys smiled while others had tough, stiff expressions.

Her body felt a ticklish excitement as she browsed photos and read descriptions—all written with a strong undercurrent of wistfulness and remorse.

Lizanne felt powerful. In control. They all wanted her. They were practically begging for her companionship, like stray dogs in a kill shelter. If she didn’t like the looks of someone, or the tone in the description—click—and she was on to another. 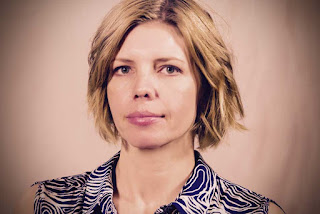 Jennifer Soosar watched too much ‘America’s Most Wanted’ growing up and has been writing about shady characters ever since. She was born and raised in Toronto and has a degree in Anthropology from York University. Her short fiction has appeared in the Toronto Star and in Ellery Queen Mystery Magazine. She is a member of the Crime Writers of Canada, the International Thriller Writers and Sisters in Crime.

Jennifer Soosar will be awarding a $10 Amazon or Barnes and Noble GC to a randomly drawn winner via rafflecopter during the tour.