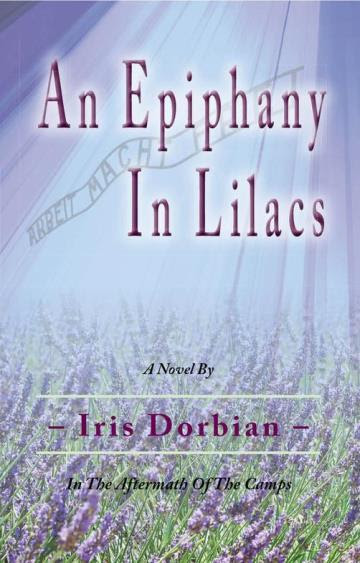 An Epiphany in Lilacs by Iris Dorbian

An Epiphany In Lilacs is a young adult novel set in a DP camp outside Hamburg, Germany following the end of World War II. The author, Iris Dorbian, captures in this story a unique glimpse into the period after the Holocaust when survivors had to deal with their new realities for living, based on her father's personal experience. After liberation in May 1945, Daniel, a 14-year-old Latvian Jew, is treated in a field hospital in the British zone of partitioned Germany. A survivor of various concentration camps, Daniel fights to recover from starvation and disease. Racked by nightmares, a nearly nightly occurrence, Daniel finds sleep almost impossible. Through his love of nature, and pre-war memories, Daniel struggles to find comfort. He forms an intriguing bond with an older German gentile, another survivor. Later on, as he joins a theater troupe, Daniel tries to move on with his life, yet still searching for the whereabouts of his mother and two sisters. Poised on the cusp of a new life, young Daniel makes his way to the country that will become his new home.


"Rich with powerful and piercing historical references, An Epiphany in Lilacs: In the Aftermath of the Camps by Iris Dorbian captures thereality of Jews who survived the Holocaust, the inner scars and the struggles with uncertainty, incessant nightmares, and fitting into the day-to-day lifestyle of ordinary people. It is a heart-wrenching story,told in excellent prose and in the author's unique style. I have been a huge fan of Holocaust literature, starting with Man's Search for Meaning by Viktor Frankl, and have always felt appalled by man's cruelty to fellow man. In this new book, the author explores the terrible effects of a fragment of history on the life of a little boy. This is a story to read and share, a powerful story about freedom and the perils of war.Well-crafted with compelling characters and interesting themes." - Divine Zape for Readers' Favorite

"This was a lovely and inspiring read about survival after the war. The fact that this is based on the author's personal accounts made this absolutely mesmerizing. This was such a tragic and heartbreaking time in our history, so to be able to read a story like this was like none other. Iris really captures this time period quite well through her father. The connection Daniel finds with the older German (another survivor of the war) and his story about rebuilding his life in the country while searching for his family makes it impossible to put book down." -Rainy Day Reviews/Bookjunkie Mom Blog 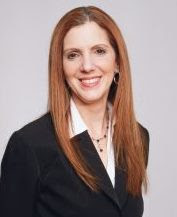 Iris Dorbian is a business and arts journalist whose articles have appeared in a wide number of outlets that include the Wall Street Journal, Reuters, Venture Capital Journal, Buyouts, Investopedia, DMNews, Jerusalem Report, the Forward, Playbill, Backstage, Theatermania, Live Design, Media Industry Newsletter and PR News. From 1999 to 2007, Iris was the editor-in-chief of Stage Directions. She is the author of "Great Producers: Visionaries of the American Theater," which was published by Allworth Press in August 2008. Her personal essays have been published in Blue Lyra Review, B O D Y, Embodied Effigies, Jewish Literary Journal, Diverse Voices Quarterly, Adanna Literary Journal, ThisSpace.org, Skirt! and Gothesque Magazine. A New Jersey native, Iris has a master's degree in journalism from Columbia University.

During the Blog Tour we are giving away a signed copy of An Epiphany in Lilacs to one lucky winner! To enter please see the Gleam form below.
Giveaway Rules – Giveaway ends at 11:59pm EST on July 28th. You must be 18 or older to enter. – Giveaway is open INTERNATIONALLY. – Only one entry per household. – All giveaway entrants agree to be honest and not cheat the systems; any suspect of fraud is decided upon by blog/site owner and the sponsor, and entrants may be disqualified at our discretion. – Winner has 48 hours to claim prize or new winner is chosen.

An Epiphany in Lilacs