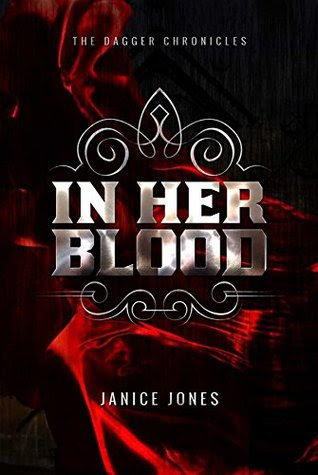 
Alex Stone wants to pretend the supernatural doesn’t exist.
As the owner of a hot new clothing line, the only thing she’s killing is her competition – until she gets a phone call from her past. As the Dagger, she was a member of the covert ops team tasked with hunting threats of the supernatural kind. For the super soldiers of Night Command, the rules were simple: take the pills, fight the bad guys, and live to tell no one. After putting a bad-ass vampire on ice landed her in a padded cell, Alex thought she’d left the hunting game for good. Now she’s in the orbit of a handsome vampire with a problem. And sometimes keeping secrets bites.
Jason Stavros has the best of everything and life eternal. To the human world, Jason was just a poor boy who made it to the top. For a human turned vampire, the fight for a place in the inner circle of the ruling class hinges on one task: convince the best ex-vampire hunting assassin to become his personal bodyguard and save them all.
Join Alex, Jason and a new team of young hunters as two worlds unite against a common enemy. As the body count begins to rise, Alex and the Tracker Team fight friends and enemies to find the answers they seek.
What’s been happening in the dark will finally come to light.

Goodreads / Amazon / Barnes & Noble / Kobo
—
EXCERPT:
She enjoyed seeing those chains of pure silver wrapped around the vampire’s scrawny arms like tattoos. He barely resembled the picture of the old parish priest the Cardinal sent them two weeks ago. His brown skin hung from his bones like an ill-fitting suit. His paunch bounced up and down as he struggled to get loose. It took longer to catch him, much longer than it should have, but all’s well that ends well.

Alex Stone, call-sign Dagger, ran her fingers through her dark hair. Flakes of dried blood and sand fell as she pulled the dirty mess into a ponytail. Benjamin Palmer, Team Commander, snatched her wounded hand back down and tightened the field dressing as he griped at her about how dumb it was to try to catch the sharp end of a knife with her hand. She knew that . . . now.

“Who do you think you are,” he said as he gave the knot one last yank, “Superman?” Ben checked her busted lip with a shake of his head. “That’s gonna hurt like hell till morning.”
Alex just nodded, taking the pills in her good hand and swallowing them with a quick sip of warm water from his canteen.

Under normal circumstances, Alex would be pulled from the field, evaluated and possibly scrubbed from the next assignment for that stunt. But time was running out and this wasn’t normal, not even for the top vampire hunting team in the country. 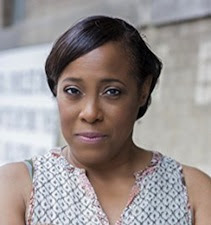 Author Bio:
Graduating with a Masters in Creative Writing from Southern New Hampshire University, Janice's first novel, In Her Blood, is the first book in her vampire adventure series The Dagger Chronicles. This series introduces you to the world of Alexa "Alex" Stone, ex-vampire hunter and assassin turned fashion mogul. Hiding in plain sight, Alex must return to the world of the supernatural in order protect a handsome vampire and her own secrets. Look for Book Two, By Blood Sworn to hit online outlets soon. Janice is looking forward to readers of New Adult Fiction and Vampire lore to embrace a new kind of action adventure hero, a woman with many secrets and many stories to tell.