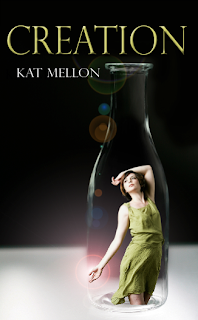 Blurb:
Who owns what you create?
Creation is a provocative exploration of what it means to be free. Set in a dystopian future where creativity is exclusively harnessed for the greater good, two artistically talented individuals remind us all never to take for granted the product of our own work and imagination. 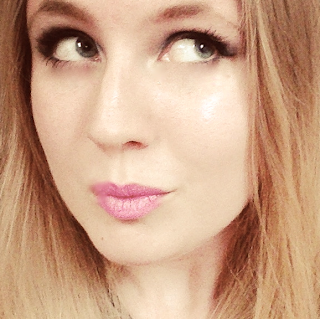 “Beautiful. Just beautiful, Jess,” says Janet. She’s one of the Dancers. We’re required to watch other
Talent’s performances or observe their works for inspiration, so she and I became fast friends. Due to the
organization of our leisure room, I am acquainted with many Creators whose names begin with J. “Just what
I needed. You’ve taken such a turn from your last work. What a fantastical land you describe. I could dream
up a ballet on the city alone.”

Janet is right. A City of Twine is my best work, but only because I did much pleading to be able to use the concept. I was supposed to be Creating on the subject of Churches, but the idea of a City—a thing almost taboo in nature—was just too alluring. I asked the Head of Focus, and he approved on the condition that Wessely was to paint the city I envisioned. Of course Wes said yes, so I got my writing Slab and began the inspiration process. I was allowed to look through all of the old manuscripts with the Old Artist’s projections of what a city might look like. It was thrilling.

“You should,” I say. “If the HOF approves, you could work with Kelly the Designer and Tim the Setter.
Wouldn’t that be lovely?”

“Oh, of course!” she says. “That would be utterly Creative. Jess, you’re a shining star as always.”

“Stars sound so precious,” I say. “It’s a shame they don’t exist. Can you picture what life would be like with the things we’ve Created?”

“Like the permanent skin artwork,” she giggles. “Wessely would do a fine job. Did Turner say if it would hurt, or no?”

“It would hurt,” I say, “because it uses sharp objects called needles to put the ink under the skin.”

“How perfectly horrible,” she says. She clutches at her sides and makes a face. “Why would he dream up
such an awful thing?”

“I’m not sure,” I admit. Janet twists her light blonde hair into a bun and knots it on the top of her head. “A
world without pain is a dull one. You know that.”

“Quite,” she says as she pulls off her ballet shoes and points at her bruised and calloused feet. “But it’s
worth it for Creativity. James did a portrait of my feet, did you know that? Just like this. It was wild. It has
never been done before. The HOF was pleased and gave him an extension on the mountain moving piece.”

Oh, that mountain moving piece again. She’s gone on for days about it; how striking and innovative the idea is of having one madeup Creation move another madeup Creation.

I often wish mountains were real. A character of an earlier manuscript climbed up a mountain, one that was terribly steep. I hadn’t a solution to make the mountain any easier to climb, so the character never reached his destination. The idea of taking those things Steven painted—he calls them machines—and using them to modify such a huge mound of Creation seems quite absurd, now that I’ve been corrected. The HOF subdues the complexity of our Creations if our ideas get too out of the ordinary, such as when I wanted to split the mountain in half with a contraption called a saw. Some sort of sharp tool or whatnot. Apparently, Tyler’s idea of a saw was much too small to cut something so large down the middle, and by that time I had already devised an alternate solution.

“Will you and James have supper with Wessely and me tonight?” I ask. “I notice the two of you have sat
yourselves off alone lately. Collaborating on something?”

“Oh, no,” she says with a laugh. “We just enjoy our alone time with one another. It’s hard to have a personal conversation when the rest of the Creators are around, you know? Funnily enough, I plan to coordinate a ballet with segments of silence. I’d like that. Silence. Time to just listen and dance and twirl without the voices of hundreds in your head.”

She stands up and raises her arms in the air, then spins and smiles at the roof, her slightly crooked teeth
exposed. It makes me think of something I’d seen during one of my viewings. Someone came up with the
idea that if small metal squares were glued to one’s teeth and were connected by a metal wire, the teeth
could be straightened. It was ingenious, and although we know nothing of the Technical realm, the concept seems like it should be real. Braces, that’s what they are. 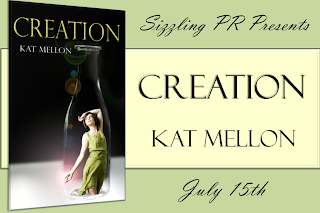