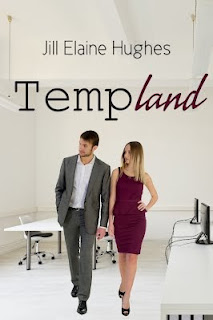 
The heroine, Melanie Evers, is a plucky young working-class woman from Akron, Ohio struggling to support herself in Chicago in the post-9-11 economy. TEMPLAND follows Melanie's journey through the temporary employment world from a college student on "just a summer job" to a 28-year-old woman with a lot of intelligence (and a heap of student loan debt to match) through multiple layoffs and a series of ever-more-wacky temp assignments, as she struggles not only to survive, but also to find romance and always remain true to the honest, working-class values instilled in her by her beloved grandfather.


In her long, solitary journey through Templand, Melanie encounters adventure and romance on her search for that always-elusive Permanent Job---which she finally gets, along with her man. TEMPLAND is a highly entertaining, wickedly funny social satire, contemporary romance, and mystery novel all rolled into one. 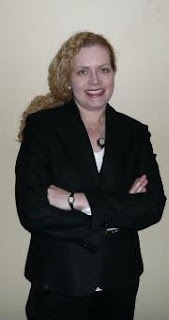 JILL ELAINE HUGHES is a journalist and playwright

as well as a New Adult fiction novelist.  As a reporter,

So basically, this was a story of a woman growing up. She learns the hard way, that even the most qualified and educated person can still have to resort to scrounging around for change and eating ramen noodles. That no matter what you think you should be doing, life probably has it's own plans for you.

This book is a mixed bag. Some parts are really strong, while others seemed to fall a little flat. I could have done without the stuff about the ex boyfriend. It made me really kind of think badly about Melanie. A few slow spots, but overall the story was pretty good.

All in all, this was a decent read. A few quirks, a few little rough patches, but overall I enjoyed the story.