Blog Tour: Shadow of the Wolf 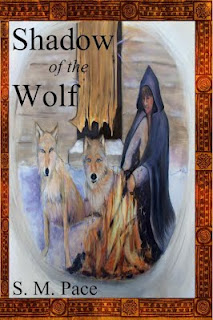 Toby has always felt like an outcast in his village, but he thought winning a game at the Summer Fair was the answer to making friends. The local boys disagreed and literally threw Toby to the wolves. Stranded in enemy territory with a broken leg, he’s offered two options by the resident werewolves; death or permanent exile from his race.
Although Toby longs to return to his family, he chooses to live. But the werewolf children torment him just like the boys and girls back home. When he fights back and discovers he can wield magic, a crime in his old kingdom, he realizes he’s safer with the werewolves than he ever was amongst his own kind. He even finds happiness and acceptance, until his real sister contacts him with her own forbidden magic.
Fearing for her safety, Toby must decide where his loyalties lie; with the family he grew up with or the werewolves who took him in when his own people discarded him? 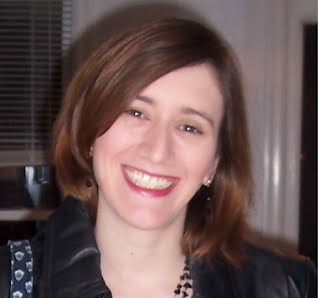 Stephanie Pace is an avid reader of every genre, though fantasy is her favorite.  She started writing at fifteen, and never looked back.  She currently works as a pre-K teacher by day, and a determined self-publisher by night.  When she’s not distracting herself with conlanging and world-building, she loves to do cross stitch or escape to the outdoors when the weather is nice.  She lives in central Virginia with her boyfriend, and the rest of her crazy, amazingly supportive family close by.

What Language Is by John McWhorter
I hope a nonfiction book is allowed on this list. As an avid conlanger from the age of twelve, I have devoured everything I can about linguistics. This book is my favorite, because the writing is so straight forward and approachable. A just plain enjoyable read.

Pride and Prejudice by Jane Austen
An intelligent heroine, who acts, not just reacts. An arrogant, but ultimately sweet hero. And in the end they both admit they’ve made mistakes, and grow as people while remaining as strong as they were in the beginning. What’s not to love?

The Great Gatsby by F. Scott Fitzgerald
I’m a sucker for all things Roaring Twenties. This novel brought that decade alive for me. My favorite character was Daisy, and my heart broke for her. It still does every time I re-read, though I also want to shake her.

Moon Called by Patricia Briggs
I was never into urban fantasy until I read this novel. Patricia Briggs made a modern day world of werewolves, vampires and fae seem utterly believable, like it could be hiding under the surface of our world right now. I love the entire Mercy series, but this will always be my favorite.

Hogfather by Terri Pratchet
I’ve never laughed harder then when I’m reading Terri Pratchet. Hogfather was my first introduction to this brilliant author, and it remains my favorite of his Discworld novels. I love his take on mythology and fantasy, and the message of how important it is to believe.

The Years of Rice and Salt by Kim Stanley Robinson
There was something wonderfully epic about this novel that captivated me. An alternate history where the Black Plague wiped out 99% of the European population, and the novel follows a handful of reincarnated spirits through multiple lives. I was awed by the amount of research this must have taken, and I loved every word of it.

Divine Secrets of the Ya-Ya Sisterhood by Rebecca Wells
I’m glad my relationship with my mother is not this complex, but I loved being immersed in Sidda Walker’s Louisiana upbringing. Such a bittersweet story about broken dreams, and family.

Hunting the Corrigan’s Blood by Holly Lisle
I’m not a big sci-fi fan, but I loved this novel. Something about Lisle’s writing pulls me in and I can’t stop reading. The fact that the story includes a pretty wicked sci-fi take on vampires doesn’t hurt.

Where the Sidewalk Ends by Shel Silverstein
This is the first book I remember reading by myself, and I still enjoy reading it. ‘Nuff said.

This is a fun fantasy story that I think teaches a great lesson! Toby goes through a lot and comes out stronger for it! It was a fast read, that had really solid world building and character development! I found myself rooting for Toby and loving his story immensely!