Blog Tour: The Kings of Charleston 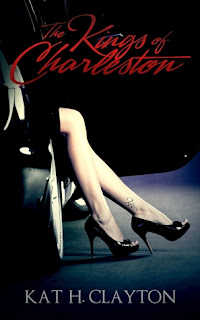 Synopsis:
Casper Whitley is forced to move to Charleston, South Carolina where she’ll be the new kid her senior year of high school. Casper’s upset about the move until she meets the Roman family’s gorgeous son, Cal, but there’s a problem. A mystery surrounds him which can be summed up in one word…Kythera. Never heard of it? Neither has Casper until she finds the word tattooed on cars, paintings and all her new friends.

After Casper’s life is threatened, someone is forced to tell the truth about her parents, the Romans and Kythera’s motives for her being in Charleston. Once the truth is revealed, she must decide whether to protect her family and Kythera’s secrets or walk away from everything she has ever known. 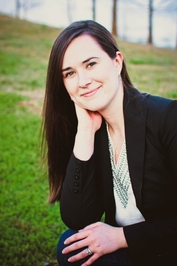 AUTHOR BIO
Kat has been a writer her entire life, but never pursued a writing career until the characters from a short story she wrote in high school refused to go away. Finally, she sat down and wrote their story which would became The Kings of Charleston series.

Kat has been an avid reader her entire life. She enjoys all genres, but particularly Mystery and Young Adult. Mary Higgins Clark is one of her favorite authors who inspired her love of mysteries.

When she isn't writing, Kat loves to travel, try out new recipes and hang out with her husband. She is originally from Kentucky, but currently resides in South Georgia with her husband, a cat named Frank and a dog named Lil.
Author Links:
Website: http://kathclayton.com/
Goodreads: http://www.goodreads.com/author/show/6431238.Kat_H_Clayton
Facebook: https://www.facebook.com/kathclaytonwriter
Twitter: https://twitter.com/KatHClayton
My Thoughts:

I was not expecting this book. It definitely blew me away! What I thought was just going to be some fluffy romancey, powder puff kind of fun read, turned into a crazy whirl wind of excitement and intrigue! The writing was superb and on point, the characters were pretty awesome, and the story..well it just was darn spiffy!

I am definitely on board for the second one! With an ending like that..well you can't keep me away! Highly recommend this one!

Email ThisBlogThis!Share to TwitterShare to FacebookShare to Pinterest
Labels: blog tour, the kings of charleston