Blog Tour and Giveaway: The Empire 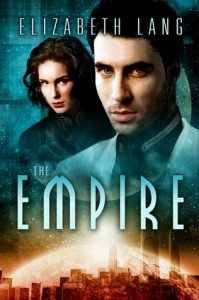 "It will be interesting to discover which will make you beg. Will it be the pain or the pleasure?"

How do you tame a man without breaking his spirit?

The galaxy is under siege from alien invaders. The Empire is the only force that stands in the gap, trading the freedom of its citizens for a tenuous security.

Amidst this chaos, Lt. Adrian Stannis is a brilliant scientist trying to stay out of the limelight. He hides on a research vessel plying the Outer Rim and finds peace of a sort with Kali Mirren, a psi-enabled humanoid. But his days of anonymity may be coming to an end. Someone has discovered his secret and is determined to make him pay for his treachery. He must finish the project he abandoned years ago, one the Council deems essential in its fight against the aliens, but things are never that simple where Adrian is concerned.

Is he more man than machine, or have years hiding behind a mountain of logic eroded his humanity? Can he learn to love and will he be able to survive the tangled web of political expediency and psychological manipulation that surrounds him?

Will Kali be able to save him from himself, or is there a mystery surrounding him that may explode in their faces?

Everyone wants to know the truth, but will it set them free? 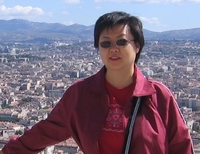 Being in computers, I found my writing skills deteriorating so I decided to take up writing. It became a joy to create characters, stories and worlds and writing soon became a passion I couldn't put down. As a writer, I like to explore, not only the complexity of characters but the human condition from differing points of view. That is at the heart of the Empire series, of which 'The Empire' and 'The Rebels' are the first two of a four books series.

You can connect with Elizabeth Lang at the following places:


My Thoughts:
I absolutely adore the world that's been created in The Empire! The characters and the world building are astoundingly original. I am now a big fan of this series, and also now officially of  Elizabeth Lang. Adrian Stannis is such an interesting character. His mind is brilliant and at his deepest levels, he's a very honorable man. He just does not trust anyone, or he just does not allow himself too. His brilliance is his downfall. He is only as valuable as long as his mind is churning out ideas for The Empire, and yet they cannot completely control him.

I loved every single word in this book! Every character is brought out and vivid. I wanted to smack Adrian a few times for being such a schlub and how he treated Kali and Bryce, and I definitely wanted to claw Bodreaux's eyes out! Don't even get me started on Kegan! *ugh that *bleep*! These sort of reactions to what I am reading tend to mean that the writer has really made me invested in the characters, and this is no exception! From start to finish I was pulled in and did not want to stop reading! I simply cannot wait to get cracking into The Rebels, the sequel!