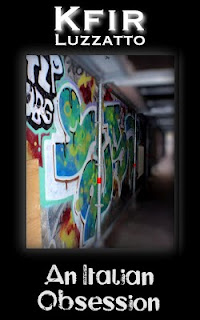 About:
In the lax atmosphere of middle-class post-war Italy, sex and drugs are easy to come by. Roberto tries to find his own balance, but a crush he had for Alessandra in elementary school is reignited and the course of his life is changed forever.

It's the 1970’s, a time of political upheaval driven by disillusioned young people. Roberto is caught up in the times. He makes a new start, but his past catches up with him. Finding himself accused of a crime, he must defend himself even when he isn’t sure he committed it. A vivid snapshot of European post-war society, this novel is viewed through the eyes of a young adult coming of age. 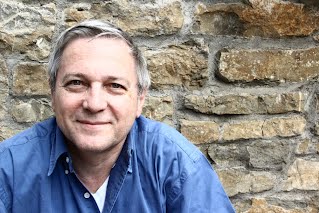 Author Bio:
Kfir was born and raised in Italy, and moved to Israel as a teenager. He acquired the love for the English language from his father, a former U.S. soldier and WWII veteran, a voracious reader and a prolific writer. Kfir has a PhD in chemical engineering and works as a patent attorney. He lives in Omer, Israel, with his full-time partner, Esther, their four children, Michal, Lilach, Tamar and Yonatan, and the dog Elvis.
Novels:
Crossing the Meadow (2003); The Odyssey Gene (2006); The Evelyn Project (2012); Have Book – Will Travel (2012 – with Yonatan Luzzatto); An Italian Obsession (2012).
Short Story Collections: His Darker Side (2002-2011); His Lighter Side (2002-2011).
Non-Fiction: The World of Patents (2002)

First things first, I do think this might be a little mislabeled...I would say this was more a New Adult, than young. It's got some fairly "adultish" themes going on. I'm not a prude, but I think I would say 17 and up would probably be acceptable to read this. Not that it's bad. In fact it's REALLY a great read. Roberto is an interesting  character. I know that's a cliche, but it's the truth. I went from liking him, to hating him, to liking him..rinse and repeat. This cycle of emotions made me realize that Kfir Luzzatto knows how to work with words! To get a peek inside this young man's early life and then follow him along until he's grown up was a treat. I caught myself cringing a few times at the typical embarrassing situations and tragic mistakes that he made. The journey is intense and you do feel as if you are right there with Roberto as he moves through life. You see him love, cry, laugh, and grow.

It rare that a writer captures these things so vividly and that's exactly what Kfir Luzzatto does. Excellent job sir!