Blog Tour: Naked as We Came 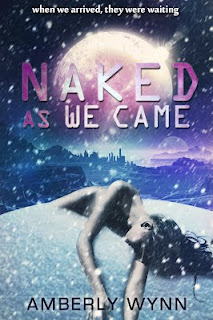 Blurb:
Sixteen-year-old Cassidy Tomei was one of the lucky few airlifted aboard the Wonder to the planet Nyx. This emergency exodus from Earth was meant to bring new hope for the remaining survivors of humankind, but there’s one problem. Humankind isn’t alone on this mysterious new planet.

On Nyx, Cassidy is one of many living amongst subzero temperatures and with nothing, but a meager ration of food for every household. When the rations deplete, she flees to into unfamiliar wilderness in search of food, but instead discovers debris from a foreign spacecraft that proves humankind is no longer the dominate species.

Soon, everything she knows is at stake and everyone she loves is dead. But she’s got one more battle to fight when she’s taken prisoner within Pelhoi, a concentration camp constructed specifically for humans where hominoid creatures dubbed, “the Achillai” reign supreme. 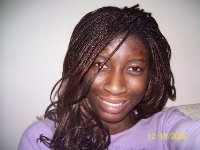 Author Bio:
Amberly is an avid reader, a writer and a lazy blogger. Raised in the dirty south, she is a lover of BBQ as well. At just the tender age of 22, she's had her share of college and refuses to go back for as long as possible. After earning an associate’s degree in Graphic Design and Media Arts, she returned to her first love of writing full-time. She currently lives in Memphis TN.
Her favorite tales come from a plethora of the classics such as Jane Austen and some of today's modern favorites such as John Green and Laurie Halse Anderson. She's a lover of all things YA and enjoys even more putting her own spin on the genre herself. She writes for horror, suspense and sci-fi audiences of all ages and loves every second of this whimsical writer's life.
amberlywynn.blogspot.com

My Thoughts:
I really enjoyed this book! From page one it had me hooked and wouldn't let me put it down, and quite frankly, I would have dared! The story kept me reading and reading..I loved every second of it too!

Cass is a great character. She starts off a bit timid but capable and moves into a flat out heroine! I really liked watching that progression and felt it was done with such care and love, by Amberly Wynn. All of the characters in this book seem to have been developed with the same attention and care.

Email ThisBlogThis!Share to TwitterShare to FacebookShare to Pinterest
Labels: blog tour, naked as we came