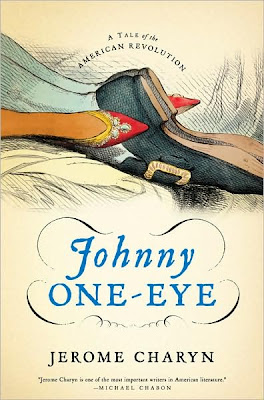 Jerome Charyn's Bio:
Jerome Charyn (born May 13, 1937) is an award-winning American author. With nearly 50 published works, Charyn has earned a long-standing reputation as an inventive and prolific chronicler of real and imagined American life. Michael Chabon calls him “one of the most important writers in American literature.”

New York Newsday hailed Charyn as “a contemporary American Balzac,” and the Los Angeles Times described him as “absolutely unique among American writers.”

Since the 1964 release of Charyn’s first novel, Once Upon a Droshky, he has published 30 novels, three memoirs, eight graphic novels, two books about film, short stories, plays and works of non-fiction. Two of his memoirs were named New York Times Book of the Year. Charyn has been a finalist for the PEN/Faulkner Award for Fiction. He received the Rosenthal Award from the American Academy of Arts and Letters and has been named Commander of Arts and Letters by the French Minister of Culture.

Charyn was Distinguished Professor of Film Studies at the American University of Paris until he left teaching in 2009.

In addition to his writing and teaching, Charyn is a tournament table tennis player, once ranked in the top 10 percent of players in France. Noted novelist Don DeLillo called Charyn’s book on table tennis, Sizzling Chops & Devilish Spins, "The Sun Also Rises of ping-pong."

This was a creative if somewhat slow (for me) tale. Johnny is a nicely created character and he does get himself into some interesting, if not cringe-worthy predicaments. I may not have been the target audience for this book. I will admit that it was a struggle to finish it. It wasn't because Mr. Charyn's material was bad, it just wasn't my cup of tea. I can see anyone that has a taste for historical fiction gobbling this up, so if that is your forte then I definitely recommend it!