This is an awesome tour that has so many authors attached that I can't even begin to count! There's all sorts of paranormal goodies here that EVERYONE will be pleased! This exciting event is hosted by the lovelies of Reading Between the Wines, and will go on til Oct. 31st!

Each day there is a new featured post, so make sure you check the All Hallows Eve Indies Authors Facebook Page often!

She has an intriguing guest post for you all! Enjoy!

Will the Real Snow White Please Stand Up (So We Can Vote)?

All right ladies and gentleman, today is the day we are going to determine once and for all who is the real, bona fide Snow White. We have two lovely contestants with eerily familiar life stories. Only you can decide which is the real Snow White.

Margarete Von Waldeck was the daughter of Count Philip IV of Waldeck Wildungen (1493-1574) and his first wife, Margarethe von Ostfiesland (1500-1537). When his first wife passed away, Count Philip married Katharina of Hatzfeld. Katharina was very strict and did not appear to make a secret of the fact that she did not like the exceptionally beautiful young Margarete.

The Von Waldeck family owned several copper mines in the area. The workers of these mines were children, their growth stunted by malnutrition and deplorable working conditions. Due to their small stature, the workers were often called “dwarfs.”

When Margarete was sixteen, her father sent her the court of Maria of Castile, sister of the Emperor Charles V. It was her father’s hope that while Margarete was in Brussels, she would catch the eye of a suitable husband. His plan was a success, Margarete snared the affections of young prince Phillip II of Spain. They became lovers and the smitten prince planned to marry her.

Unfortunately, not everyone was pleased with the distant sound of wedding bells. Margarete’s stepmother was, of course, displeased. But more importantly, so was the prince’s father. The monarch did not feel that the match was politically advantageous.

Margarete wrote her will at the tender age of twenty-one (perhaps not so tender back then, but still too young to die). In it, she revealed her belief that she had been poisoned. Her handwriting lent credence to her suspicions, leading historians to believe she was suffering the tremors indicative of arsenic poisoning.

The mystery of Margarete’s murder was never solved. Her stepmother was already dead by this time, so she was understandably excused from the suspect list. There were rumors of a man from Margarete’s hometown believed children were stealing from him--he dealt with the problem by giving them poisoned apples. Whether or not this bore any connection to Margarete’s death is all speculative.

So, to sum up the Snow White/Margarete Von Waldeck similarities:

Maria was the daughter of Prince Philipp Christoph Von Erthal and his first wife. After Maria’s mother passed away, Prince Philipp married his second wife, Claudia Elisabeth von Reichenstein. The prince gifted his new bride with a “talking mirror.” The mirror, made by the Mirror Manufacture of the Electorate of Mainz in Lohr, was engraved with the maxim “Amour Propre” (“Self-Love”). Mirrors made by the Mirror Manufacture were popular gifts among the aristocracy and royalty, know for being so well crafted that they “always spoke the truth.” The “talking” refers to the acoustic properties of the mirrors, which seemed to echo back words spoken in front of them.

Maria’s father was often away due to his responsibilities at court, which explains the king’s odd absence in the story of Snow White. Her stepmother looked down on Maria, using her husband’s long absences in conjunction with her position as the prince’s wife to elevate her own daughters from her first marriage.

Maria grew up in a castle in Lohr, Germany, surrounded by seven mountains thick with the imposing Spessart forest. Lohr was known as the “Gate of the Spessart” and it is likely that it was this forest that Snow White fled into when she escaped her stepmother. It was possible to get through the forest to the nearby mining town of Bieber. The people of Bieber often commented that only the smallest statured of men (or children) could get through the mining tunnels to the town. These minors often wore bright hoods to work.

The area was also famous for its glass and metal workings. It would have been easy for someone to make the glass coffin that Snow White is said to have rested in. Also, a pair of iron shoes can be viewed alongside the Magic Mirror in Lohr castle (now a museum). These are rumored to be the same iron shoes that the wicked stepmother was forced to dance to death in.

Now, I tried and tried and tried, but for the life of me I could not find one single reference to either the year or the manner in which Maria Sophia died. There are several references that state the wicked stepmother submerged half an apple in belladonna juice. Atropa Belladonna berries are plentiful in the Spessart forest and if Maria Sophia had consumed said poison, its narcotic properties would have induced a rigidity that, if it did not actually kill her, would have at least made her appear dead. No source I could find mentioned how Maria Sophia died, so I do not know if she was poisoned, or if the bit about the stepmother soaking an apple in belladonna juice is just conjecture.

All right, so what is the verdict? Who is the real Snow White? 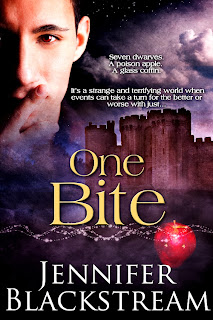 
After you enter the giveaway, check out the rest of the tour stops!