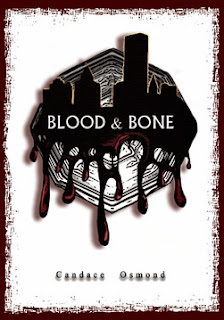 The stakes are high in the second installment of The Iron World Series as Avery Quinn decides which path her life will take. Become a vampire and be with Jack forever, or pledge herself to the Fey and help save Faerie from the horrible Queen Mabry? The more she thinks about it the more she wants to remain human. But as she sinks further into the magical world she has come to love, Avery realizes that remaining human is next to impossible, especially when a dark king sets his sights on her. To make matters worse, a secret society of shape shifters have sworn themselves as Avery’s enemy all because of a certain classmate with a caustic temperament. With a mythical war brewing and Evaine close on her heels, Avery must decide who to give her humanity to before it’s too late.

Excerpt
Change has an irrevocable impact on the mind, body and soul. To the fearful it’s threatening—it means there’s a possibility that things could get worse. To the hopeful, however, it’s encouraging because it means things could get better.
Was I fearful or was I hopeful?
I lay in bed, staring at the ceiling in my sunlit bedroom and pondered about that. To most people this wouldn’t be so stressful. To most people change meant a new hair color or a new job.
But I realized a while ago—I am not most people.
I had been left to make a choice that was so life changing that it would alter me completely, forever. I could choose to become a vampire and gain the strength I desperately needed to protect myself. With this choice I could spend an eternity of nights in the arms of the most perfect creature because I too, would be a perfect creature.
Or, I could choose to pledge myself to a monarch, a leader of the fey. Become a child of magic, wonder and beauty and still possess the strength I need for my defense.
Or door number three, choose not to choose. I could remain human, as I’d lived comfortably for the past eighteen years now. But, to choose nothing would still be a choice, and would determine the path my life would take. None of my options guaranteed a smooth path. But I had a lingering a feeling that, no matter what I chose, the path that was unwinding in front of me was going to be very, very rocky. 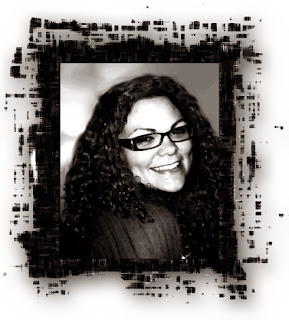 Born in 1985 as Candace Osmond in North York Ontario, I began to travel with my parents at the very young age of four years old. I had lived all over Canada and seen everything my country has to offer, from the enchanting shores of Fogo Island, Newfoundland to the gigantic snow-capped mountains of Port Alberni, British Columbia all by the time I was ten. I did, however, spend most of my life in Eastern Canada where I was surrounded by folklore and legends, not knowing how they would shape my personality and imagination for the rest of my life. Being the only girl of my age in a small group of kids, in an even smaller town, left me spending most of my time by myself and, in result, letting my imagination take over. I would sit by the shore and dream up stories of mermaids and other fantastic creatures to pass the time. Coming from a family with writers and artists dispersed throughout, it was only natural that I spend my time writing, drawing and reading. I dreamed of becoming nothing more than an artist, a creator of any kind. By the age of eleven, I spent most of my waking hours scribbling down short stories, poems and anything else I could think of, while adding my own personal illustrations. By the age of fourteen, I had won numerous minor arts and writing competitions. I excelled at anything art and literature related so, naturally, I planned to attend university for nothing more or less than that. In 2003 I planned to attend university for Creative Writing and Literary Studies. But, with the fear that I would spend all my time and money on an education and end up in a field that I may very well struggle to succeed in, I backed out and attended school for Design instead. Now, a successful Designer living happily in sunny Medicine Hat, Alberta, I met a man and fell in love. His passion and talent for art far exceeds my own, but he motivated me to awaken my old habits of staying up late or waking up early to scribble down dreams and ideas before I had forgotten them and they disappeared forever.

I thought this was a fast paced, intriguing take on vampires and fairies. Loved the attention to details and the character development. This IS a sequel, but I was not lost or left clueless about what was going on. The story is somewhat self contained and easy to follow, although I'm sure my reading experience would have been made better by reading the 1st in the series, Iron and Wine.

This was a fun read with a LOT of goodies to offer. Vampires, fey, and shifters are all well known, but this book gave them something a bit different to make these creatures feel brand new!

All in all a great story with fun characters, and excellent writing! 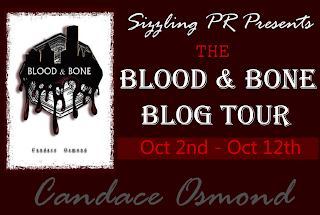