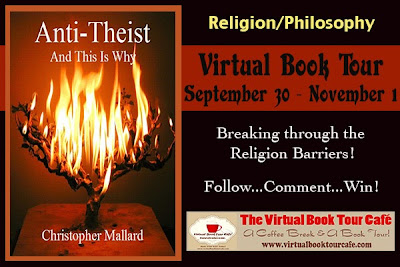 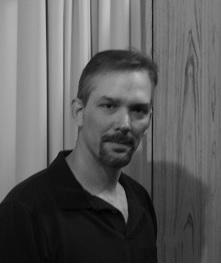 The majority of my adult life was spent working in the oilfields of west Texas. In my spare time I taught myself how to work on computers and eventually turned it into a small business which I work from home. What does any of this have to do with religion? Nothing. Where are my degrees in theology, biology, astronomy and philosophy? I don’t have any. I am your common average Joe and that’s exactly the type of reader I’m trying to reach. Does it take a degree in theology to open the bible and see the stories told within as being immoral and violent? Can the common man not see how the religions of the world have done and are still doing immeasurable harm to society? 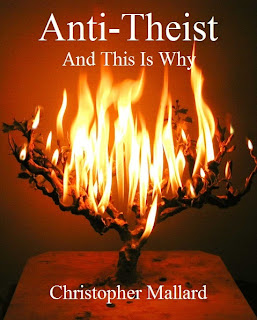 This book is the first in a series essentially arguing about the lack of abject morality of religion and its dangers. It’s broken down so each chapter is a topic on its own covering a variety subjects.

“It’s God’s lack of action, not his actions that disprove his existence. If prayer really worked there would be groups of theists (nuns, priests, imams, whatever) going from bed to bed in every hospital healing the sick. Of course there are religious people in hospitals going along praying for people but a doctor washing his hand before seeing his patients will do more for their survival rates than the prayers offered by their holy men. The evil God monster of Abraham is an all-powerful God and can do absolutely anything except give any type of viable proof of his existence.
Often times a theist will counter with the old ‘God works in mysterious ways’ or stammer on about how he’s not there for us to boss around and do our bidding in vain attempts to get him to prove himself to us but in reality it’s just a bunch of crap. Studies have shown that when sick people are prayed for by fervent believers they are more likely to be healed. Other, more scientific studies have shown that when you allow religious nutbags to carry out their own studies they tend to be skewed towards their religious beliefs. I’m absolutely confident that a prayer method of healing can never stand up to the simple rigors of repeatability.
It is absolutely amazing the wealth of proof to disprove God you can come up with when turning a keen eye upon the absence of God's presence. The millions of children who starve to death, are beaten to death or who are being raped throughout the world is each and every one a testament to the non-existence of a personal God, especially if those children and/ or their parents believe in one of the Abrahamic death cults. And to counter with the idea that God is calling those children who die such horrible deaths to heaven to be with him because he for whatever reason has suddenly decided heaven needs more children is disgusting and vile. If your God is able to ‘see all’ and watch these children die slow agonizing deaths over months or years due to starvation, malnutrition, rape and outright murder and do nothing or to be able to watch children be repeatedly raped by gangs of men and not smite the men on the spot then your God is either not real or quite malevolent. If you the reader were ever attacked by an adult as a child and an invisible hand didn’t swoop in to protect you then you know exactly what I mean. Many victims have often asked, ‘Where was god when x happened to me?’” 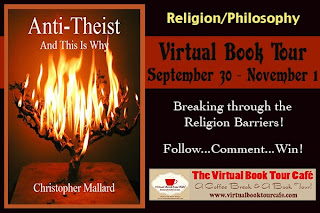 This will not be an incredibly popular book. It's obviously not a book that is flinching from  controversy. It IS however a well written, well thought out, and highly interesting book. I do not suggest starting this book on a busy day, because you WILL want to devour it in one go.

As a person that considers herself and Atheist, I was intrigued. I don't like to get into debates about religion, as it is a highly personal choice. So I avoid books that are "preachy" about religion or lack-there-of.  The writer doesn't come across as pompous, but as someone that has a lot of GOOD things to say. He says so in clear and precise words. It's a great thought provoking book.