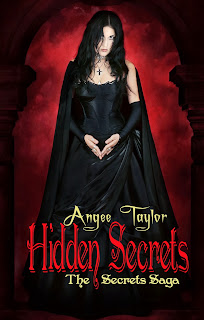 Rose has been struggling for years to find out about the mysterious illness that’s killing her. She’s decided to end her life after one last trip to the French Quarter…Her plans go awry when the sexy Caleb Glasson, who carries a dark secret, saunters into her life. She discovers that she’s not what she appears to be, to rest of the world. The only man that can unlock that secret is dead at Caleb’s hand. The most startling epiphany is that she has latent powers that will emerge in a haunting thrilling story that will answer all of her questions. 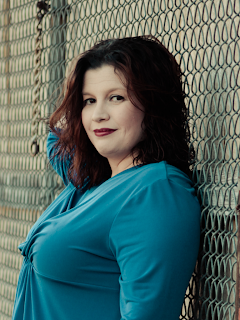 Angee was born in Houston, Texas in 1977, to an interesting family. Her mother and father separated when she was young. She lived with her mother who later remarried a wonderful man, who had a huge impact on her as she grew up. Angee has always had a love of reading, mostly paranormal. As a child, she would sneak up at late night when her mom thought she was sleeping, to read. They moved around a lot, eventually settling in Deep East Texas. Angee married at a young age and eventually divorced. She has raised her now 15 year old son alone. Angee works full time as a pre-hospital nurse and sometimes sees things that would make the rest of us have nightmares. On other days, she is blessed to see miracles. These things are what drive her to write.
Angee describes her job as- “I fight to save people’s lives. Sometimes I lose, sometimes I win. It's the emotional roller coaster of that job, which leads me to writing. I'm able to put those emotions into my characters and let them out of my heart and soul.”
In 2006, she was diagnosed with a rare disease, shortly after that she was told she would be on full disability in five years and most likely to be dead in ten. She’s fought to live a normal life every day since and is beating those odds. She works at a demanding job, is a single mom, cares for an elderly mother, and a hyperactive dog. Her life has inspired her paranormal novel Hidden Secret. Sit back and enjoy.

Five years of pain and suffering and it had been something so easy to fix but so unbelievable. She would have never thought of it. If not for this trip to New Orleans, and what she thought was a gimmick of a psychic voodoo queen. The pain had just become unbearable; she was tired of crying behind closed doors where no one saw how much pain she was genuinely feeling. True, her family and friends knew she was in pain, just not how much. Rose had learned to live in constant pain she had no choice in the matter. It was her constant companion, yet she had learned to hide it even from those closest to her. She was exhausted physically and mentally. Rose had decided to finish off her bucket list. Afterwards she would kill herself. This trip to New Orleans was the next to the last thing on that list.

Okay first things first, let me start by saying the most glaringly obvious thing..this book needs more editing. Yes, I know I'm not perfect with grammar and spelling, but then again I'm not trying to sell my blog! *Whew* There that is out of the way..we can go on to the good stuff.

The bones of this book, the story and the characters, are done very well. I really liked Rose and her character was very interesting and unique. I really liked her struggle with her condition, not in a sick twisted way, but it showed her strength. She went through a LONG time of pain before even remotely considering giving up. That's one tough chick!

The guys. Vampire dudes are usually pretty nummy, and this book did not fail on that part. There were a few irky things about them but that's just my tastes. I don't like it when male characters try to take over control from a strong chick, unless it's THAT kind of book. So that was a problem, but like I said, was just my quirk.

So all in all, this book has sooo much potential to be awesome, but it does need a fine toothed comb run through it (which I have read that the writer is doing now..so YAY!)