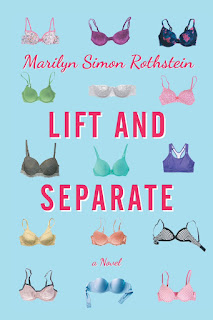 Paperback: 304 pages
Publisher: Lake Union Publishing (December 1, 2016)
Marcy Hammer’s life has been turned upside down. Her husband, the head of a global brassiere empire, didn’t think twice about leaving her after thirty-three years of marriage for a 32DD lingerie model. Now Harvey the Home-Wrecker is missing in action, but Marcy’s through thinking about what a cliché he is. What she needs now is a party-size bag of potato chips, a good support system, and a new dress.
Striking out on her own is difficult at first, but Marcy manages to find traces of humor in her heartbreak. Even while devastated by Harvey’s departure, she still has her indomitable spirit and her self-respect. She has no intention of falling apart, either, even when her adult children drop a few bombshells of their own and she discovers a secret about her new, once-in-a-lifetime friend. Life may be full of setbacks, but by lifting herself up by her own lacy straps, Marcy just may be able to handle them all.
“Lift And Separate is a laugh-out-loud, heartwarming story that begs to be a blockbuster starring Nicholson and Keaton and shares the vulnerability, wisdom, and brilliance of Nora Ephron’s Heartburn.” —Jennifer Belle, bestselling author of High Maintenance
“Lift And Separate takes us on a funny but moving journey through heartbreak, hilarity, betrayal, and healing. Marcy Hammer is a hammer indeed! Rooting for her all the way, one is exhilarated by the journey Marilyn Simon Rothstein gives her without ever burning a single bra! Hip-hip hurrah!” —Lanie Robertson, writer of Lady Day at Emerson’s Bar & Grill, the Tony Award–winning play 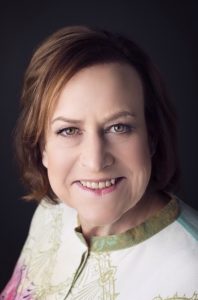 Alright, so I wouldn't say that I'm an avid reader of what may be considered "chick-lit" but the summary caught my attention and I couldn't say no. I'm glad that I did, because I loved it! I've never read anything by Marilyn Simon Rothstein before, so her writing style was new to me. I have to admit, when I am Marcy's age, I hope I too can handle things the way that she did! I enjoyed the way that such a delicate and emotional situation was handled with honesty and a sense of humor.

I think that the path of development that Marcy went through from the initial stage to the end was handled with care and was realistic. She was with her husband for so long, it's natural for her to want to return to that sense of "normalcy" no matter what he did. Even though I had MANY "girrrrrlll" moments where I shook my head. Her finding her own life again, finding her own path was a satisfying feeling in the end.

So with all that said and done, what is my verdict on Lift And Separate? Obviously it surprised me. Marcy is an interesting and relate-able character, and the writing was tight and kept me reading. I would highly recommend it to those that are looking for an uplifting, but not cheesy, read.

For more than twenty-five years, Marilyn Simon Rothstein owned an advertising agency in Connecticut. Lift And Separate, released by Lake Union Publishers, is her debut novel. Her second novel, also contemporary women’s fiction, will be published in December 2017.