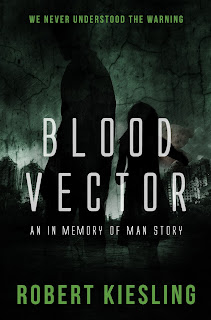 Blood Vector
By Sci-Fi Thriller/Horror
Genre: Robert Kiesling
What if you were given the darkest secret of the world and it turned out to be you?

Three People. One Chance. On the verge of losing her sanity from visions of otherworldly creatures destroying mankind, journalist Khloe Marks discovers that those who share her rare blood type also have the nightmares.

Her search for the connection between them leads to a disgraced lawyer, locked away in a mental institution for his belief that a young girl is the key to stopping the imminent destruction of mankind. Together, they must solve an ancient mystery to save humanity—even if it costs them their own lives.
If they fail: In Memory of Man 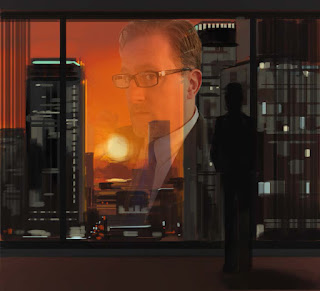 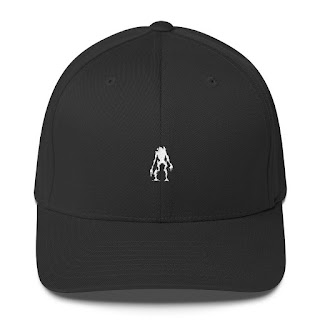 The rope ladder swayed back and forth as the woman relentlessly moved up the sheer cliff rung by rung. Her fear and horror increased as the dangerous ascent brought her closer to the cave the elders had warned to avoid. Anyone who dared to enter the sacred place faced death, for it held within it the monstrous creatures of legend, the Asakkus—those that would bring about mankind’s destruction. If the visions that drove her to seek out the cave were right, it meant they were coming, and everything was soon to end.

The chill wind whipped down from the snow-capped peaks of the Rocky Mountains, stinging her skin as it howled and swirled across the desert towards her, its intensity increasing to nearly gale force. A strong gust hammered against her back and she instinctively tightened her grasp on the wooden rung, leaning into the cliff’s face, knuckles white from the exertion.

She was almost two hundred feet up, and the rocks below looked dark red in the failing light. The woman closed her eyes. Don’t fall. One slip and they would break her body to pieces. She glanced up at the top of the cliff.

Only fifty feet and she would reach the cave, finally learning the truth that surrounded the beings she had dreamt of; the creatures her people had created folklore about for centuries.

A high-pitched scream shattered the landscape. The woman immediately ducked her head. Feeling exposed, she scrambled up the ladder as fast as she could, scraping her cold hands against the cliff’s jagged edges and bruising her knees but oblivious to any pain because that shriek had not been human.

Moments later she reached the top and pulled herself up onto a flat ledge. The woman crouched down, breathing deeply in both fear and anticipation, continuing to listen for confirmation. Within seconds another inhumanly loud shrill echoed through the air. She pressed her fingers into her ears to muffle the piercing sound. When she dropped her hands, she noticed her fingertips were smeared with watery blood.

It had to be the Asakku.

She walked toward the mouth of the cave, hoping she wasn’t too late. In addition to the drawings and countless stories that drove her pursuit, the discovery of an elongated skull by her father in this very same region had created an unstoppable obsession to find one alive.

The woman had been bravely coming to the caves year after year. Each time gaining the courage to venture furtherand explore, hoping to catch a glimpse of the Asakku. The woman had to know what she was facing; then there would be an answer exposing their weakness. She must not fail if the human race was to survive.