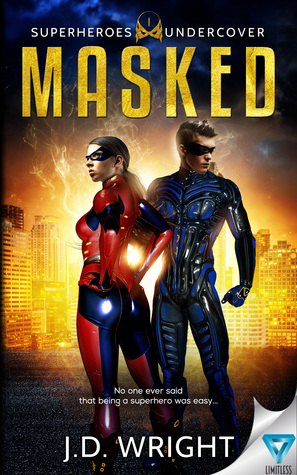 
Vada’s To-Do List:
– Turn 18 (check!)
– Register super name
– Order supersuit
– Attend superhero indoctrination
– Graduate high school
– Start kicking criminal tail
Vada Lawson can’t wait to be a superhero. Born into a family with special powers, she’s been training to fight criminals and villains her whole life. But her indoctrination into the underground super community is derailed when normals start breaking out in superpowers themselves.
Not trained to control their new abilities, the normals are frightened and vulnerable. Then their mutilated corpses begin turning up all over town. What the heck?
Somehow, with the help—and hindrance—of an annoying newly-minted super named Orion, Vada has to stop the chaos before it destroys her and everything she holds dear…and ruins her superhero debut. 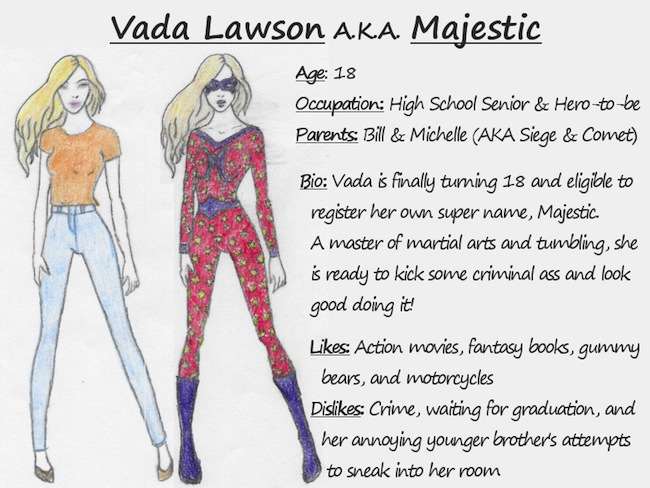 —
EXCERPT:
Nick couldn’t take it anymore.
The entire morning had been one shock to his system after another. The nice long weekend in his giant but silent house had made him all but forget about the weird run-in with Janet. He’d spent the entire time working on his homework and enjoying the peace and quiet.
But after only five minutes at school, he was rudely reminded that he must be losing his mind. The voices came like a whirlwind into his head, one after another. So many that he couldn’t decipher whose thoughts belonged to who. He couldn’t even separate his own thoughts from the others. There were so many, and every one of them was as loud as the other, washing over him like waves of pounding noise.
Being in class gave no relief, either. The other students may not have been talking aloud, but every one of them was thinking, loudly. Nick heard too many things that he never wanted to hear and a lot of mundane thoughts that no one cares about.
…I wonder if I forgot to lock the door this morning…
…Oh, man. I’m not sure if I’m ready to do this. What if I get pregnant? But Luke is so cute, though…
…Mrs. Yates has such nice tits…
Nick actually agreed with that last sentiment, but he couldn’t be sure who had said it.
…Only thirty minutes left. I really need to pee…
…Nick is too good for Scarlet. What does he see in her? She’s such a bitch…
…This class is about as useless as my stepmother…
There was just so much noise. Nick pulled his hood up, but it did nothing to block the sounds. Every single thought that crossed someone else’s mind entered his. He didn’t give a damn about someone’s new pet lizard. And while he appreciated the girl across from him’s glances and thoughts of admiration—at least, he was pretty sure those belonged to her from the way she watched him—he didn’t want to know what other people were thinking.
What had caused this? Was it some sort of mental illness? Was he imagining these things? He couldn’t be sure he was even hearing real thoughts. He considered quizzing someone, but he was almost too afraid to confirm what he suspected.
He was reading people’s minds. Hearing their thoughts. Without even trying.
And it was excruciating. 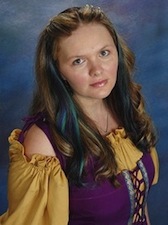 Author Bio:
J.D. Wright is a military wife, mother of four, and author of paranormal and fantasy romance books filled with strong-willed heroines, swoon-worthy heroes, and sprinkled with humor and adventure. J.D. creates artistry in many ways, as a baker and cake artist by day and author by night. You can usually find her typing away at the computer or covered in frosting.
Since discovering she has a knack for writing, J.D. has so far written and self-published eight books of the Everealm and Songs of Everealm Series and is now venturing into the world of paranormal with her new superhero-themed series. She is an avid reader and lover of all things romance so she always includes a good love story in her paranormal and fantasy novels.