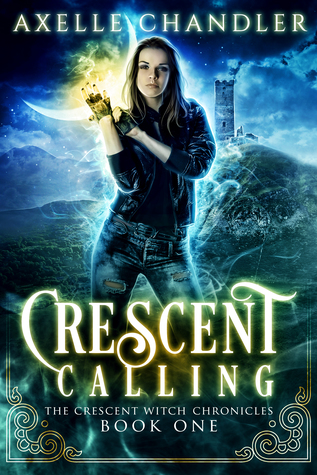 
Or so she thought.


When she receives news of her estranged mother’s death, she must go to Ireland to claim her inheritance, but when she arrives in the tiny village of Derrydun, she isn’t prepared for what she finds nestled amongst the rolling hills of the Emerald Isle.


Lumped with a funeral, her mother’s crystal shop, a moody goth girl for an employee, and a crumbling cottage with horrible floral curtains, selling up and getting out sounds like a great plan, but everything and everyone seems determined to keep her from going home.


Skye doesn’t want any part of her mother’s life or the people of Derrydun until she sees the hot Irishman she’s been crushing on turn into a fox.


More absurdly, he tells her her dead mother was a witch who battled evil fairies, there’s magical trees growing in the centre of the village, there’s a parallel universe where the fair folk live, and she’s meant to be the last defense of the magical peoples of Ireland.
Turns out Skye Williams was never an ordinary woman. Not by a long shot.


She’s the last Crescent Witch and has a destiny to fulfill.


Whether she likes it or not.


The Crescent Witch Chronicles is a series stuffed full of Irish charm, myth and mayhem. Come on an adventure fraught with danger and forbidden romance…and the ultimate battle to save magic before it’s gone forever.

That night, as Buddy kept me company, I fell asleep to the sound of wind howling through the trees outside. Plagued with dreams of wolves, I tossed and turned until I slipped into a deep slumber.
When dawn finally broke, I was covered in a thin sheen of sweat, and my head was stuffed with cotton wool. I’d slept but not really. A heavy burden was over my heart, and my body had become twisted in the quilt, my feet trapped.

Ugh, I was all hot and sticky. I kicked, trying to shift the uncomfortable weight and turned over, but it didn’t budge. Lifting my head, my eyes cracked open, sleep still clogging my head. That was when I saw a lump at the end of the bed. A very large, man-shaped lump.

Now completely awake, I screamed, scrambling up the bed. It was Boone. A very naked Boone.
He started, his head shooting up, and when he saw me, he rolled and fell off the end of the bed, hitting the floor with a thud. Scrambling to his feet, his face turned a deep shade of crimson.

Grabbing the lamp on the bedside table, I pushed up onto my knees and swung it with all my might. The plug popped out of the wall, and the shade barely missed Boone’s face, but the cord came around and whipped him directly on his bare ass.

He howled in pain and retreated across the room.

“Let me explain,” he said, holding up his hands and leaving nothing to the imagination.

“Explain? What’s there to explain?” I shouted, trying not to look at his you-know-what. “You were asleep on the end of my bed…naked!” I swung the lamp at him again, barely missing his head.

“You’re still standing there. I can see your meat and two veg!”

“Find out what? That you’re a pervert, who sneaks into women’s homes butt naked?” 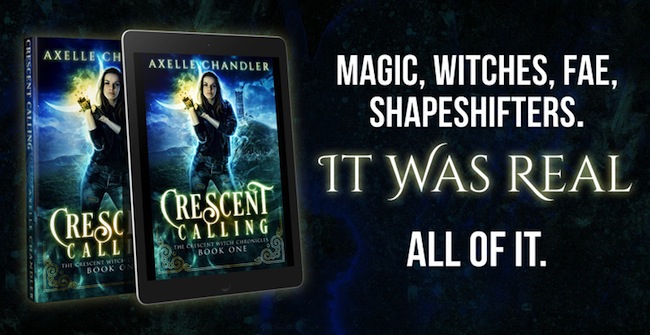 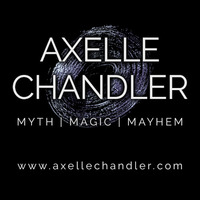 Author Bio:
Axelle Chandler is an Australian Urban Fantasy author. She lives in the western suburbs of Melbourne dreaming up nail biting stories featuring bad-ass witches, hunky shape shifters and devious monsters. She likes chocolate, cat memes and video games. When she’s not writing, she likes to think of what she’s writing next.