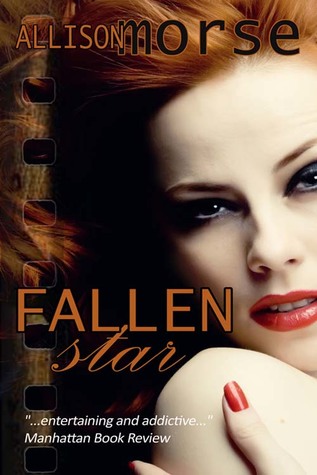 
Avid feminist and aspiring filmmaker, Kate Bloom discovers long lost footage that holds the key to who murdered her grandmother. Legendary movie star, Gloria Reardon, may be dead, but friends and lovers from the Golden Age of Hollywood’s heyday are still very much on the scene, and it seems everyone has something to gain or lose from Kate’s discovery. Enlisting the youthful and brash film restorer Dylan Nichols as her closest ally, Kate becomes haunted by Gloria’s glittering past. Caught between glamorous Old Hollywood and the gritty, exciting New Hollywood of the 1970s, Kate is determined to find out what really happened to her grandmother and in the process becomes the killer’s new target.

A fitful sleep finally came and with it a dream filled with misty tears of her own, of her mother’s, and someone else’s, too.
The drapes looking over the backyard began to sway as if alive. Kate got out of bed and went to close the windows. The curtains lashed around her. Then she saw the windows were shut, yet the curtains continued to billow and sway. Her heart raced as she watched shadows flitting around the patio garden below and darting across the dark lawn down to the edge of a cliff and dropping into a black chasm.
“Run.” A woman’s voice echoed up from the abyss. Kate jumped back from the windows.
“Leave,” the voice said, closer this time. Moist heat like the breath of an animal swirled around her.
The presence was here.
She dashed back to the bed and pulled the covers tightly around her.
Everything in the room shook until the window exploded, shards of glass spraying everywhere.
Her skin felt on fire, it pricked and stung with searing pain. She sat up and threw off the blanket. The room spun. A metallic smell filled her nose. The heat turned sticky. She looked down and saw her body dripping with blood.
She screamed.
The door to her bedroom swung open.
“Good God,” Jarvis said. “What’s the matter? Are you all right?”
She writhed in the bed and had no ability to form words.
Jarvis ran to her and held her shaking body. “Tell me what happened. What’s wrong?”
Taking in a deep breath, she extracted herself from his embrace.
She gazed about the room and blinked. There was no blood and the pretty room was bathed in the soft pink of dawn. The curtains hung still, and the windows were unbroken.
“I’m so sorry. It must’ve been a nightmare.”
Jarvis rose. “Is that all? I heard you cry out. It was…chilling. Like you were dying.” His gaze became diffused, haunted, as if he were watching something terrible that only he could see. Then he came back to himself and said, “A nightmare? Do you have those often?”
“Oh, no… Yes, I do. I’m so sorry I disturbed you.” Kate jumped out of bed, forgetting she was wearing only a tee shirt and panties.
Jarvis swept an admiring look over her bare legs. She jumped back into the bed and pulled the sheet up.
He smiled. 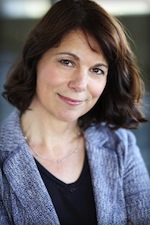 Author Bio:
Allison Morse grew up in a family of actors in Los Angeles; before the age of five she started acting classes, which she adored. She continued in the family business until her early twenties when her curious spirit led her to consider other interests and professions, like counseling and the law. After receiving her B.A. from U.C. Berkeley, Allison went on to graduate from Phillips Graduate Institute with an M.A. in Marriage and Family Therapy and U.C. Hastings College of the Law with a J.D.


Allison always knew that for her, writing is as essential as breathing. But as she pursued her professional life, this great love was consigned to private journals that she filled with musings and story ideas. Ten years ago that changed and she decided to get serious about being a writer.


While continuing to work full time as a lawyer, she kept to a strict writing schedule, took writing classes at UCLA Extension. She joined the Romance Writers of America and Sisters in Crime. Now Allison has completed two novels: a romance entitled The Sweetheart Deal and Fallen Star, a Hollywood gothic.


Allison lives with her husband in a house in the hills that’s filled with books.