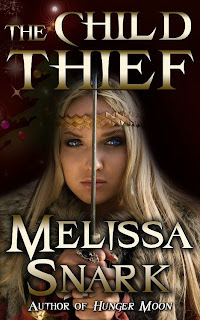 Blurb:
Valkyrie Victoria Storm has werewolf hunters hell bent on revenge trying to kill her. She can barely keep her own downtrodden pack alive, let alone respond to the pleas of a murdered mother. Can she set aside her differences and work with her sworn enemy to save a little boy from a Christmas nightmare?
The Child Thief Buy Links 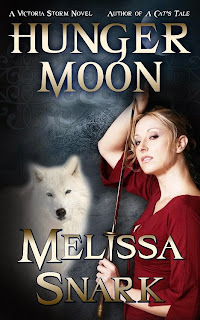 Blurb:
Victoria Storm faces seemingly insurmountable odds to keep her dwindling pack of werewolves alive and together. She fights hunters- including the brother and father of her deceased lover-and the pack takes another devastating loss. When they seek sanctuary in a small town near Lake Tahoe, high in the secluded Sierra Nevada Mountains, Victoria discovers they are infringing on the territory of a vastly more powerful Alpha wolf. To save her pack, she uses her feminine wiles to seduce the Alpha. Nothing comes easily for Victoria. Her plans are complicated by the Alpha's erratic son, a ghostly wife, and a vengeful witch. Not even her status as a Valkyrie or the favor of the Goddess Freya can change the course of destiny for Victoria or her packmates.

Victoria stared after him. She passed Mick to Sophia. Without hesitation, she ran

after Logan, following him out the front door and into the snowy winter day.

She caught up with Logan in the parking lot. He had his back to her, walking toward

a parked vehicle. Victoria didn’t hesitate; she charged him at top speed. She knew how

fast he could change shape. She would not make the mistake of underestimating him


Logan turned on his heel as she bore down on him. Victoria extended her right arm

high and grabbed hold of her dagger's hilt. Vanadium appeared in her hand. The ribbon-thin

blade glittered with a thousand rays of refracted light, creating a rainbow effect.

"Fuck!" Logan sounded as impressed as he was astonished. He slipped into a

defensive stance but Victoria was already on top of him. She hit his chest with her full

weight. Her momentum propelled him into the side of a cabin, and she pinned him, one

hand pressed against his chest above his heart. She held the tip of her weapon at his


Wait. A silken whisper filled her mind, startling her into compliance. She did not

know the voice, but it felt familiar nonetheless. It repeated: Wait.

ribcage, the tips positioned to gut her. His threat was implicit: mutually assured destruction.

She did not care. She snarled into his face, showing her teeth. Her eyes glowered;

her power encircled them. "You dare come here threatening my pack. Our young. I should

kill you where you stand."


Wait. Still in her mind, the voice stayed her hand. She felt compelled to obey.

Logan's power rose alongside hers, and his eyes turned to liquid gold, molten

depths to drown in. He stared at her, body held tense. His heart thudded beneath her

hand, a potent and hypnotic rhythm.


Her core heated with her awareness of his superb physique. In that moment,

in a grimace, and she damned her undisciplined hormones for her attraction to such an


Logan's expression changed, and his jaw worked. The aggression did not subside;

it altered form. Without warning, he released his hold on her sides and held up hands

already returned to human. "No matter what else I might be guilty of, I don't kill pups. I

picked him up because he was cute. I had no idea you'd assume I wanted to hurt him.


She gnashed teeth. She wanted to rip the heart out of him, but also knew that her

unreasoning anger came from fear. If she could not control it, then it would become her


Glaring, she backed away from him, dagger still drawn. "You murdered blood kin—

your own mother. Killing a cub would mean nothing to you."


Logan blanched and staggered. Her words moved through his heart as effectively

as the blade of her dagger. Unbearable hurt and rage showed in his eyes. "You're a


"Yes, I am. Now get the hell away from here. Don't come near my pack again. Next

time I will kill you."


With a final hateful glare, he left.

Melissa Snark is offering a tour wide giveaway:
(Giveaway is for the continental United States only.)