Seventeen years ago an entire generation of aliens were sent to Earth in order to save their home planet and integrate into the human population. Now, those aliens are being hunted.

Amery Jones is your typical teenager, except for the fact she is an alien and a member of the government’s secret Project Integrate.

When Amery’s best friend Lola is kidnapped in order to get to her, there is only one person that can help – the exceedingly annoying and charming Lochie Mercury.

Together, Amery and Lochie must put aside their differences and attraction in order to rescue Lola before it’s too late.

I tried to pay attention to the rest of the lesson, I knew I needed to know the particulars of the project but it was hard to imagine doing it with Lochie. We had known each other since we were little, we started school on the same day and had been in most classes together ever since.
I think my hatred started for him that first day. He pushed me into the sandpit where I landed with a decisive thud. All of his newly acquired friends laughed at me. I didn’t have any friends to come to my aide so I just had to push myself out of the pit and dust off the sand. I think I’ve been dusting off that sand every day ever since. And it was all because of Lochie.
I was supposed to be nice to everyone, that was part of the deal. I had to be kind, friendly, and lovable. If I was anything but, then I could potentially be removed from the project. When I was little I might have been okay with being pulled, but not now. Not after I’ve spent seventeen years here.
To lose my placing just because of Lochie would be like rubbing salt into my wounds – except a thousand times worse. So while I knew how I should act towards him, I still couldn’t. Not when one look at him made me want to pull my own eyeballs out of their sockets. 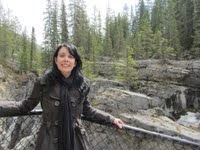 About the Author
Jamie Campbell

Jamie was born into a big, crazy family of 6 children. Being the youngest, she always got away with anything and would never shut up. Constantly letting her imagination run wild, her teachers were often frustrated when her ‘What I did on the weekend’ stories contained bunyips and princesses.

Growing up, Jamie did the sensible things and obtained a Bachelor of Business degree from Southern Cross University and worked hard to gain her membership with the Institute of Chartered Accountants in Australia.

Yet nothing compared to writing. Quitting the rat race to spend quality time with her laptop named Lily, Jamie has written several novels and screenplays. Spanning a number of genres and mediums, Jamie writes whatever inspires her from ghost stories to teenage love stories to tantalising murder mysteries. Nothing is off limits.

A self-confessed television addict, dog lover, Taylor Swift fan, and ghost hunter, Jamie loves nothing more than the thrill of sharing her stories.

This ReleaseBlitz is brought to you by Reading Addiction Book Tours