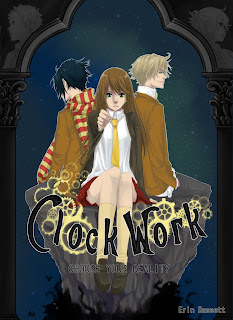 But odd things begin to happen even before she can get to campus; starting with a strange encounter with a new student that escalates to attacks on Westin Academy’s student body by creatures thought to exist only in fairy tales in a myths.

An other worldly battle is going on and somehow Esther is the key. 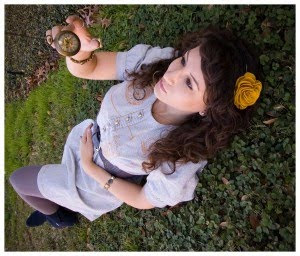 E.L. Bassett, informally Erin and familiarly Rin, has been writing since she was old enough to hold a pencil. Before that she was prone to telling you all about how her sister was an alien and her dog pulled carts for garden fairies and dragging you into to the backyard to show you were Flybys (insect like creatures with powers over the elements) were nesting. Her penchant for the fantastic carried through grade school, evolving into a fascination with Dragons. She was constantly in the library reading everything she could, which of course led to the discovery of J.R.R Tolkien and C.S. Lewis. She then knew she wanted to be a writer and her main genre would be fantasy.

In 4th grade she participated in the ECISD annual Oral Traditions Competition, her story being one complete with unicorns and ogres, taking home 6th place in the city. She can still recall the first 5 lines, which probably has a lot to do with the unicorn.

After joining the North Texas Speculative Fiction Writer’s Workshop while studying at TCU she was included in their chapter book with the science fiction story: Spirit of Hope. Since then she has been published in Indigo Rising, Raven Images and Abandoned Towers Magazine and has a chapbook published by Diminuendo Press.

The serial Clock Work came about when the Managing Editor at Abandoned Towers contacted Erin with the offer. After writing up a brief synopsis on two of the, many, works in progress, Clock Work was chosen. From there illustrator Juliet Doherty was found and the project came to life.

Erin enjoys off beat, out the ordinary writing of the urban fantasy persuasion, but also revels in classic fantasy stories with gripping battles, wizards, dragons or monsters, and epic fight scenes set in far off, mythical or fantastic places. Her book shelves are packed with everything from Holly Black, Martin Miller and Terry Pratchett to Christy Lijewski, Dean Koontz and Hal Duncan.