Blog Tour: Kingdom on the Edge of Reality 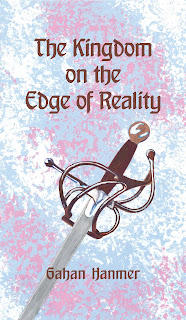 Welcome to Albert Keane's beautifully designed medieval kingdom nestled in a completely isolated river valley in the Canadian wilderness. Peaceful, happy, and prosperous, it takes nothing from the modern world, not so much as a single clock.

There is a castle, of course, and a monastery. There is even a pitch dark, rat-infested dungeon - because you simply have to have one if you are trying to rule a feudal kingdom!

Farmers work the land, artisans ply their trades, monks keep school and visit the sick, and nobody (well, almost nobody) misses the modern world at all.

So why has Jack Darcey - actor, wanderer, ex-competitive fencer - been tricked and seduced into paying a visit? And why hasn't anyone told him that the only way to leave is a perilous trek across hundreds of miles of trackless wilderness without a compass or a map?

Because a tide of fear and violence is rising from the twisted ambitions of one of King Albert's nobles, and Albert's fortune teller believes that Jack could turn the tide - if he lives long enough ... 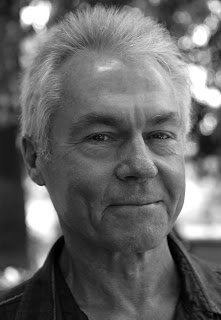 
Gahan Hanmer enjoyed a colorful career in the theater as actor, director, designer and technician, and also wandered extensively searching for love, happiness and truth. He unintentionally became a grown-up raising two beloved daughters and now lives in the high chaparral desert of California.
My Review:
At first glance, this didn't look like it would be my cup of tea. I got this wild notion that this would be a book that I would enjoy though, so I requested a spot on this tour. I'm so glad that I listened to my gut!  The concept is a bit far fetched, but it certainly is an interesting one. The writing is flowing and very natural. I could see this being a pretty good movie actually, which I hardly ever really say.
I think that Gahan Hanmer has a wonderfully creative mind when it comes to character and storytelling. Jack is a great character! He's got depth and personality that I just kind of instantly felt connected to. He's smart and loyal and a well crafted figure. He's balanced. I guess that's what I'm trying to say. Flawed but deep down he's a pretty good guy.
Great storytelling, wonderful characters, and even better writing makes this a book that I'd definitely recommend! I thoroughly enjoyed reading it!

Email ThisBlogThis!Share to TwitterShare to FacebookShare to Pinterest
Labels: blog tour, gahan hanmer, the kingdom on the edge of reality