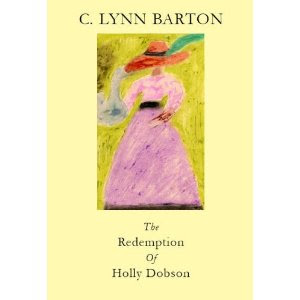 From Amazon:
Holly Dobson possesses an understated benevolent evilness. She is relentlessly driven by her unbreakable sense of family values. Holly acts with remorseless conviction to protect her own regardless of the consequences. Her only son is a demonic, charismatic, and curiously engaging being. The quintessential evil which George Dobson personifies sets Holly on a path that spans continents, decades, and the landscape of her very soul. Along the way, Holly discovers her purpose and finds redemption as a mother, a woman, lover, and ultimately something more than a mere human being.


My Thoughts:
This is a tough review. I was, and still am, intrigued by the premise of this book. Holly had potential to be an amazing character. The story, which could have been amazing, is brought down by stiff dialogue, flat characters, and sadly pacing that was just unbelievable. I did not finish it. I hate to admit that, but I made it halfway through and just couldn't move on.

Like I said, Holly is an interesting character and the IDEA behind this book is interesting, but the flow (for lack of a better word) just wasn't there. The characters came across in a cardboard-ish way, even though I understood where the writer was going.

I am in the minority though, I searched for other reviews to see if I am just nit picking and it looks like I am. I'll link up other reviews so you can get a broader spectrum of thoughts on this book.

Mixed Reviews on Goodreads.com
at November 04, 2010

Email ThisBlogThis!Share to TwitterShare to FacebookShare to Pinterest
Labels: the redemption of holly dobson, tough review