Blog Tour: Beneath The Silver Lining 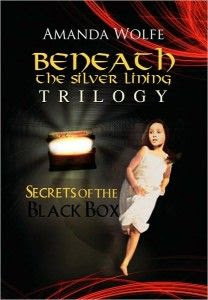 On the outside, her family appeared to be one big, happy family. Their house, with her parents, three sisters, and two brothers, was the epitome of a simple yet fulfilling life lived in a small town. But as the author would soon discover, her childhood was in fact a nightmarish phase of her life she would always be running from. Growing up as a carefree girl, Wolfe struggled to comprehend why she was reared in a family where children are deprived of their right to know the truth, adults are always right, and smoothing out a misunderstanding is never an option.

At the young age of nine, she started experiencing cruelty at the hands of her father, who not only abused her emotionally, but physically and sexually as well. Her mother, whose love she sought, was a stern woman who refused to see her husband’s mistakes. As if her deeply troubled relationship with her parents was not enough, Wolfe also had to deal with inner secrets involving creepy characters from the afterlife. Feeling tormented, confused, solitary, and even filthy, this naïve girl had yet to be transformed into a strong-willed woman who would become cynical about love and learn to depend on no one but herself while facing more of life’s bitterness.

The first of a series of three, Beneath the Silver Lining Trilogy: Secrets of the Black Box chronicles the author’s journey along a perplexing road of growing up. It was originally written as a therapeutic way to heal her inner wounds and to let go of the pain and anger. However, it is now shared to bring inspiration to readers — especially women. 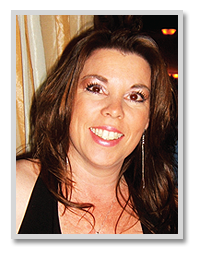 Amanda Wolfe was born in Ottawa, Canada in the mid ‘60s. She matured at a very young age out of necessity growing up in unusual circumstances. She has always been a happy-go-lucky, carefree spirit and a very strong-willed person. She has done everything from waitressing to owning her own restaurant and selling things from Mary Kay cosmetics to real estate.

She is married to a wonderful man. They currently reside in the great state of Texas with their horses. When she is not at home writing her latest novel, you will find her and her husband flying in their plane and traveling the world together.

For more information on Amanda and her book visit http://www.beneaththesilverlining.com

Beneath the Silver Lining is her first book.

Email ThisBlogThis!Share to TwitterShare to FacebookShare to Pinterest
Labels: beneath the silver lining, blog tour