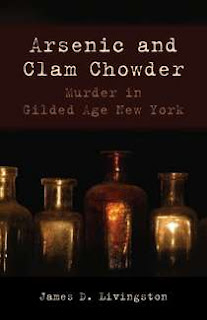 Mary Alice Livingston Fleming, member of one of the most prestigious families in New York, was defendant in a sensational 1896 Manhattan murder trial in which she was accused of murdering her mother with a pail of poisoned clam chowder. Her alleged motive was to gain a substantial inheritance. That the defendant was arrested in her mourning clothes immediately after attending her mother's burial added extra interest, as did the fact that the fatal chowder had been delivered to the victim by her ten-year-old granddaughter. An especially scandalous factor was that Mary Alice was the mother of four illegitimate children, the youngest of whom was born in prison while Mary Alice awaited trial. If convicted, she would become the first female victim executed in the newfangled electric chair. All these details became the central focus of an all-out circulation war then underway, particularly between Joseph Pulitzer's World and William Randolph Hearst's Journal.

This murder trial, an intense courtroom battle between combative attorneys, is set against the electric backdrop of Gilded Age Manhattan. The arrival of skyscrapers, automobiles, motion pictures, and other modern marvels in the 1890s was transforming urban life with breath-taking speed just as the battles of reformers against vice, police corruption, and Tammany Hall were transforming the city's political life. Among the legal and social issues raised in Arsenic and Clam Chowder are capital punishment, particularly of women, inheritance by murder, society's different standards for unwed mothers and unwed fathers, gender bias of juries, and the precise meaning of "beyond a reasonable doubt." The aspiring politician Teddy Roosevelt, the prolific inventor Thomas Edison, bon vivant Diamond Jim Brady, anti-vice crusaders Charles Parkhurst and Anthony Comstock, and others among Gotham's larger-than-life personalities play cameo roles in the dramatic story of Mary Alice and her trial for matricide. And the whole remarkable story revolved around a pail of clam chowder. 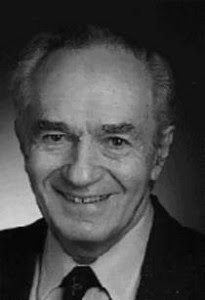 Born June 23, 1930, in Brooklyn, New York, James D. Livingston studied engineering physics at Cornell University and received a PhD in applied physics from Harvard University in 1956. After retiring from General Electric after a lengthy career as a research physicist, he taught in the Department of Materials Science and Engineering at MIT. Although a physicist by profession, he has long had a strong interest in American history, and is the coauthor, with Sherry H. Penney, of A Very Dangerous Woman: Martha Wright and Women’s Rights.

My Thoughts:
This is a very interesting story! I had a hard time putting this book down as I was pulled into the life of Mary Alice and her trial. I was engrossed in this tale from start to finish and definitely liked it!