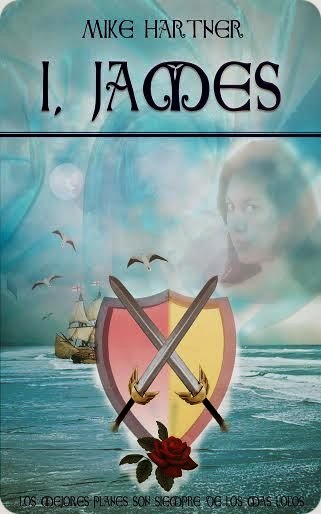 James Crofter was ripped from his family at age 11.
Within a year the prince was a pauper in a foreign land.

Is nature stronger than nurture? And even if it is, can James find the happiness he so richly desires?

Warning: I, James is the second installment in The Eternity series.

I am not sure how I missed it, but it is a second book in a series. I don't usually read books out of order, but since I agreed to read this for a blog tour I went in hoping I wouldn't get lost. So with that warning said I will move on with my review.

I really had no problem slipping into the book. I'm sure reading the first in the series (which I plan on doing anyway) would have been a great help, but it was easy enough to get up to speed. So *whew* big relief there!

A few things stick out for me about this book.

I really enjoyed the pacing. Usually there's quite a lot of dips in the pacing for a book of this nature. Explaining the history, the characters, the culture etc..can bog down a book's pacing, but for some reason (maybe it was because it was book 2?) the pacing was pretty swift. It flowed quite nicely and I appreciated that!

All in all I would say that historical fiction readers would really be wowed by this one! I enjoyed it a lot and while it wasn't my usual cup of tea I would gladly read more by Mr. Hartner!


It required two days of marching to get to what I’d learned was a plantation, which was in the middle of nowhere.  When we finally arrived at our destination, I considered how memorable my last 16 months had been since I was removed from a prince’s life.  Yes, they were memorable.  And even though I had a pouch full of coin hidden inside my drawers, I was now a slave on a plantation in Africa. 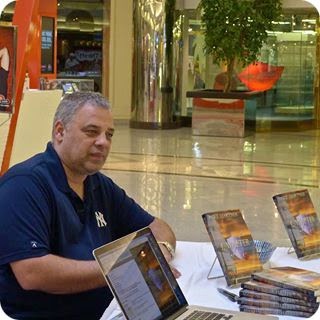 Mike Hartner was born in Miami in 1965. He's traveled much of the continental United States. He has several years post secondary education, and experience teaching and tutoring young adults. Hartner has owned and run a computer firm for more than twenty-five years. He now lives in Vancouver, British Columbia, Canada, with his wife and child. They share the neighborhood and their son with his maternal grandparents.

His latest book is the historical fiction/romance, I, James.
For More Information
GIVEAWAY
Mike Hartner is giving away one $25 Amazon Gift Card!
Terms & Conditions: • By entering the giveaway, you are confirming you are at least 18 years old. • One winner will be chosen via Rafflecopter. • This giveaway begins November 3 and ends January 30. • Winner will be contacted via email on Monday, February 2. • Winner has 48 hours to reply. Good luck everyone!

ENTER TO WIN!
a Rafflecopter giveaway