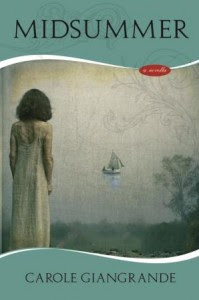 All her life, Joy’s been haunted by a man she’s never met — her visionary grandfather, the artist Lorenzo. At work on digging a New York subway tunnel, his pickaxe struck the remains of an ancient Dutch trading ship — and a vision lit up the underground, convincing him that he was blessed.  As it turned out, his children did well in life, and almost a century later, his granddaughter Joy, a gifted linguist, married the Canadian descendant of the lost ship’s captain.

Yet nonno’s story also led to the death of Joy’s cousin Leonora, her Aunt Elena’s only child. It was a tragedy that might have been prevented by Joy’s father Eddie, a man who’s been bruised by life and who seldom speaks to his sister. Yet in the year 2000, he has no choice.  Wealthy Aunt Elena and Uncle Carlo are coming from Rome to New York City to celebrate their fiftieth wedding anniversary. They’ve invited the family to dine at the sky-high restaurant in one of the Twin Towers — above the tunnel where nonno Lorenzo saw his vision long ago. On the first day of summer, Elena and Eddie will face each other at last.

Midsummer is a story of family ties and fortune, and of finding peace as life nears its close, high above the historic place where nonno’s story began.

Praise for Midsummer
“Midsummer is emotionally focused and charged with the power of archetype, its undercurrent of passion perfectly controlled. Carole Giangrande has mastered the novella form.” - Eva Tihanyi, author of Flying Underwater: Poems New and Selected

“Carole Giangrande’s Midsummer sets sail in search of distant turning points. She holds the heart of her story gently, and she steers us gracefully through time, and memory. The elegance of her language casts long shadows. She moves us as she writes from the center of longing and wonder.” - Karen Lee Lewis, author of What I Would Not Unravel

Lovely. This is the first word that comes to mind about this book. It's rather short, but packs a intensely emotional wallop. The stories weave together in such a unique way that doesn't quite show it's true meaning until the very end.

This is truly a story that must be savored slowly, and enjoyed thoroughly. 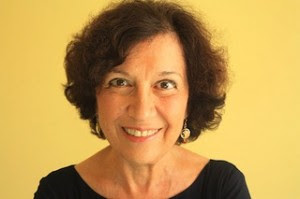 Born and raised in the New York City area, Carole Giangrande now resides in Toronto, Canada. Her novella, A Gardener On The Moon was co-winner of the 2010 Ken Klonsky Novella Contest, and is published by Quattro Books. She’s the author of two novels (An Ordinary Star and A Forest Burning), a short story collection (Missing Persons), all published by Cormorant, and two non-fiction books. Her new novella, Midsummer, will be published in April 2014 by Inanna. She’s worked as a broadcast journalist for CBC Radio (Canada’s public broadcaster), and her fiction, articles and reviews have appeared in Canada’s major journals and newspapers. Her 50-part literary podcast Words to Go has been downloaded over 20,000 times in 30 countries. She comments as The Thoughtful Blogger, and she’s recently completed a novel. She’s a dual citizen of the United States and Canada.