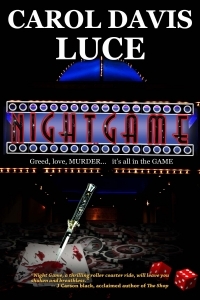 The exclusive King's Club resort casino is a glittering playground for gamblers with everything to gain and the hunting ground for a killer with nothing to lose. Until casino owner Jay King hires P.I. Kasey Atwood. Kasey's attraction to King is immediate. As their love affair heats up, she becomes a pawn in a dangerously seductive game of passion and revenge. 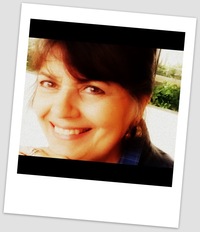 Her first novel, Night Stalker, was also her first sale. "A dandy read," wrote bestselling author Tony Hillerman. It went into three printings and became the flagship for the sub-genre "Woman in Jeopardy" at Kensington Publishers.

Night Game caught my attention from the get go. From the opening scene, my eyes were wide and I was flicking through on my trusty Nook like a fiend! I loved Kasey's character from the beginning. I knew she was a strong chick, and well if you've been to my blog before you know my favorite books have STRONG female leads! Kasey is no exception!

The plot was incredibly tense at times and light at others, especially when Kasey is interacting with her mother! I loved those scenes! They really made Kasey seem genuine and real! I usually have a clue as to who the conspirators are in a mystery/thriller like this, but in this case I was kind of dumbfounded! I tell you guys, this was a great shock at the end! Very sneaky, Mrs. Luce!

I'm not going to give away any spoilers, I'm just going to say that this was a fun, tense, and well done thriller that I highly recommend!


Mrs. Luce has given me the bestest gift I can give my friends (you guys!) A CHANCE TO WIN
YOUR OWN COPY! Enter the giveaway below!