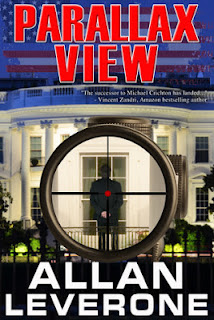 It's spring, 1987, late in the Cold War, and CIA clandestine operations agent Tracie Tanner is tasked with what should be a relatively simple mission: deliver a secret communique from Soviet General Secretary Mikhail Gorbachev to U.S. President Ronald Reagan.

After smuggling the document out of East Germany, Tracie believes she is in the clear. She's wrong. A shadowy cabal is work, people who will stop at nothing to prevent the explosive information contained in the letter from reaching the White House.

Soon, Tanner is knee-deep in airplane crashes and murder, paired up with a young Maine air traffic controller and on the run for their lives, unsure who she can trust at CIA, but committed to completing her mission, no matter the cost... 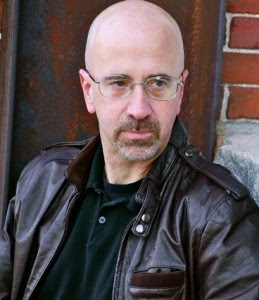 Allan Leverone is the author of five novels, including the Amazon Top 25 overall paid bestselling thriller, THE LONELY MILE. He is a 2012 Derringer Award winner for excellence in short mystery fiction, as well as a 2011 Pushcart Prize nominee. Allan lives in Londonderry, NH with his wife and family, and a cat who has used up eight lives.
Visit his website at  www.allanleverone.com.

My Thoughts:
Wow! I kind of figured this would be a fun spy novel, but I didn't expect it to be SO MUCH FUN! Really this would make a great movie! Tracie Tanner is one kick @ss lady that can get shizz done! I liked that although on the back she's described as "a sexy CIA agent" she's shown IN the book as more than just some eye-candy with a gun.

She's smart, focused, and down right awesome!  There could have been so many eye-roll moments of cheesiness but that never happened. Spy/Thrillers like this have a tendency to get TOO into themselves, but Parallax View is a hold on to your butts, full force, fun ride that has strong characters and great writing! It doesn't always take itself too serious, but it delivers the goods it promises with enough of an impact that you are seriously wanting more at the end!

This is a great thriller set in the 80's, that will keep you greedily flipping the pages and cheering on it's kick butt heroine!