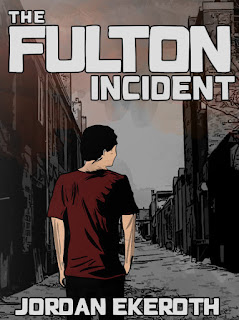 International intrigue rooted in a secret history.
Mysterious and unlikely allies.
The memory of a lost love.
A race against time.

Josh Fulton is enjoying his 15 minutes of fame after catching a charismatic leader in an act of infidelity. But when he finds himself alone and hunted through the dark streets of a foreign city, he is forced to face the truth that he has found himself embroiled in a far deeper conspiracy than he'd ever imagined.

As his search for truth takes him across continents, he will be forced to confront inner demons that have been locked away for years.

Purchase your copy at AMAZON

Book Trailer:
About the Author: 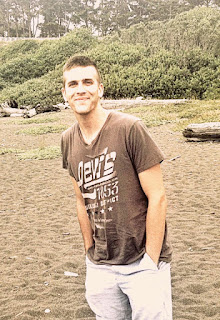 Jordan Ekeroth is a young man with a clear voice, wisdom beyond his years, and always a story to tell. From a young age, you could find him either buried in books or bearing the adventure of his imagination into the great outdoors. He’s met some people and seen some things that have given him a radical desire to impact the world in a positive way. A person of deep faith, his dream in writing is to take people along on the adventure of a lifetime, while simultaneously creating a space for them to learn about themselves and the world around them.


My Review:
I didn't know a thing about what to expect from this book. What I did know was that the blurb was intriguing and I had this inkling that I would enjoy it! I like to think I'm pretty intuitive about things like this, and this book kind of proved it to me!

This is one suspenseful, take no prisoners political thriller! I loved the way that Jordan Ekeroth moved his character Josh, from one peril to another with such skill and devilish pleasure at placing him in harms way! Josh is alone, on the run, and in a foreign land, being chased by people for seeing (and profiting from) something he shouldn't have. This is the stuff that awesome action flicks are made of!

The story moves fast, the characters are great, and the details..simply awesome! This is a fun book, a real treat for fans of thrillers! I really enjoyed it!

Monday, June 3 – First Chapter Reveal at Pump Up Your Book

Email ThisBlogThis!Share to TwitterShare to FacebookShare to Pinterest
Labels: jordan ekeroth, pump up your book, the fulton incident